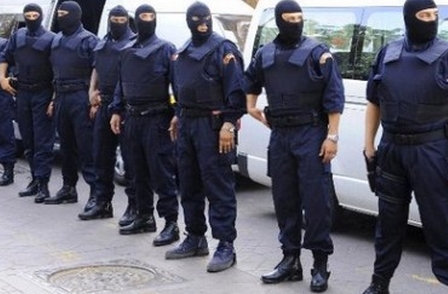 Morocco’s unwavering struggle against terrorism led to arrest of four 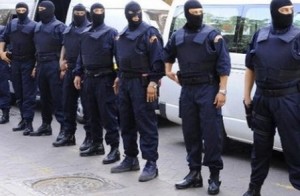 Though the al-Qaeda has been decimated at its epicenter and its leader killed, its regional affiliates such as al-Qaeda in the Islamic Maghreb (AQIM) and Boko Haram in Nigeria are still active, hatching terror plots and committing various criminal offenses, including smuggling, drug trafficking, robbery and kidnapping in the Maghreb, sub-Saharan Africa and other parts in the Middle East and Southeast and Central Asia.
Being aware of the threat Morocco has not unleashed its fight against terrorists and has dismantled several sleeping and active cells.
The Moroccan judicial police and the Directorate of Territorial Surveillance (DST) have thus dismantled recently a four member cell claiming to be a franchise of AQIM.
According to the Moroccan Interior Ministry, the cell, led by an activist well-known on jihadists’ websites, was planning a number of terrorist and sabotage acts in the cities of Tiznit, Fez, Taounate and Meknes.
Investigations showed that the cell leader had reportedly forged close ties with AQIM warlords and after he gained their trust, he was assigned to recruit elements prone to jihad that would later on be enrolled in the Sahel-based terrorist group.
The cell leader is said to have already managed to recruit Moroccan volunteers for jihad and some of them are currently in Syria fighting under the banner of Al Qaeda.
This leader has also instructed the new recruits to prepare and carry out acts of sabotage against state institutions and to launch targeted terrorist operations, according to a schedule established by AQIM warlords, said the Moroccan interior department.
In a recent Op-Ed published in the Washington Post, Juan Zarate, former deputy national security adviser for combating terrorism and Thomas Sanderson, co-director of the Transnational Threats Project at the Center for Strategic and International Studies, warned that the terrorist threat still persists even though Osama bin Laden is dead and the core of al-Qaeda is decimated and that a broader terrorist threat is now entrenched throughout an “arc of instability” — from South Asia to West Africa.
Militant groups in this arc of instability exploit havens where weak or corrupt governments have neither the will nor the capacity to constrain their reach, the Op-Ed authors wrote, underlining that “perhaps the most worrisome development is that the Levant is now at the center of this instability.”
“As turmoil, violence and disillusionment grip the region from Tunis to Baghdad, al-Qaeda’s ideological adherents have more political and physical space in which to adapt,” they underlined, adding that “with the globalized nature of terrorism and the ability of transnational terrorist, militant and criminal groups to collaborate and morph, we are now at risk of failing to imagine how the terrorist threat may be changing — well beyond the exclusive al-Qaeda prism.”
The two authors who also warned that the Internet is amplifying terrorist ideologies and messages for a global jihadi community underscored that leveraging regional alliances to constrict the reach of regional terror groups is essential and that law enforcement authorities need to aggressively pursue the terror-crime nexus.