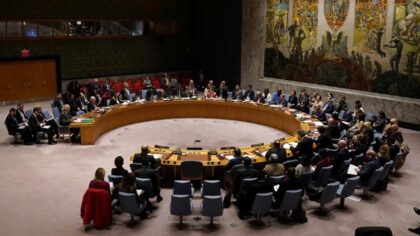 The UN General Assembly on Thursday elected Kenya to fill an African seat on the Security Council in 2021-2022. Kenya will replace South Africa in January.

The seat was viewed by another candidate, Djibouti, which lost in a second round of vote. In a departure from previous years when African countries used to choose a single candidate to ensure victory, this year the African Union has not been able to reach an agreement on a single candidate.

Kenya boasted that it had the support of the African Union, but Djibouti considered it a priority under a principle of rotation, as Nairobi has served on the Council more than once.

On Wednesday, the UN General Assembly had elected India, Mexico, Norway and Ireland in the first round of voting for the four remaining seats on the Council. The UN Security Council has 15 members, five permanent and ten non-permanent, half of which are renewed annually.