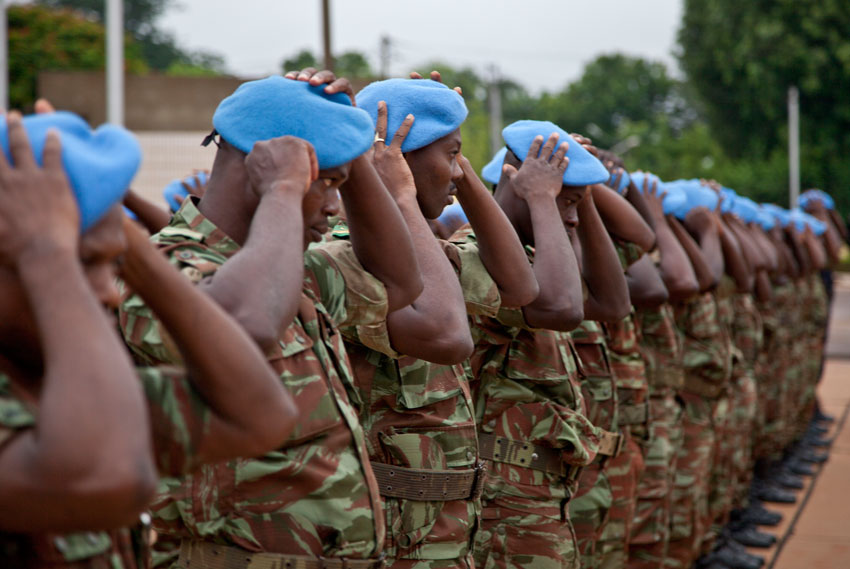 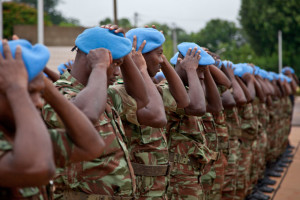 Mauritania has set it conditions and role in UN’s Multidimensional Integrated Stabilization Mission in Mali (MINUSMA). President Mohamed Ould Abdel Aziz told a gathering in his “meet the public” tour that “we have set our conditions” and our participation will depend on their acceptance. Mauritania wants to limit its activities along its border with Mali. These conditions defer from Mali’s wish to send Mauritanian forces to the neighboring borders of Niger and Burkina Faso.
The Malian crisis led to the intervention of French troops to push back the Al-Qaeda linked groups away from the capital before the African military mission took over. The African forces were replaced by MINUSMA force, which is made up of at least 6300 soldiers.
African countries will be providing the majority of the troops and Mauritania has decided to provide up to 1800 soldiers. However, President Mohamed Ould Abdel Aziz’s decision to participate provided that his troops are deployed “to the border areas… and not to other parts of Mali” is unlikely to be welcomed in Bamako. The Mauritanian President reiterated that his forces “are ready to participate in MINUSMA if these conditions are accepted” despite the continuous delay of the deployment of its forces due to technical details.
Quizzed on Mauritania’s decision, a spokesperson for the UN replied by e-mail that the Department of Peacekeeping Operations (DPKO) “welcomes pledges by all Member States, including Mauritania, to support its efforts to help stabilize Mali.” The mail concluded that it will continue to collaborate with countries participating in its MINUSMA force.
MINUSMA is tasked with ensuring security after the peaceful elections that were won by Ibrahim Boubacar Keita, a former Prime Minister. The forces are to be doubled by the end of the 2013.