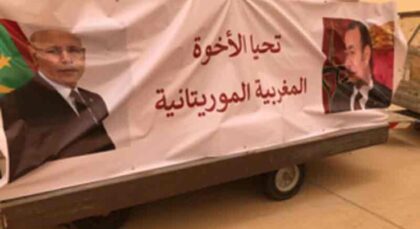 The flights carrying the medical aid that Morocco decided to grant to several African countries at the order of King Mohammed VI to assist them cope with the COVID-19 health crisis started arriving in the beneficiary states.

Thus, a flight of Royal Air Maroc landed Sunday afternoon at the international airport of Nouakchott.

The Mauritanian FM said the aid comes in “perfect timing” and testifies to the “strength of the remarkable relations between the two countries and the two brotherly peoples.”

The medical supplies were received by the Senegalese Minister of Health and Social Action, Abdoulaye Diouf Sarr in the presence of the Secretary of State to the Foreign Minister, Moise Diegane Sarr.

The Moroccan Foreign Ministry announced Sunday in a statement that King Mohammed VI has ordered the shipment of medical aid to help 15 African countries in their efforts to deal with the coronavirus outbreak.

This royal initiative reflects the special interest that King Mohammed VI grants to strengthening inter-African cooperation in the fight against the Covid-19 pandemic.

The medical gears and products are made in Morocco in line with World Health Organization standards and are donated as a gesture of solidarity following an initiative launched by King Mohammed VI in April to promote joint African action to counter Covid-19 outbreak.

The initiative aims, inter alia, to promoting the sharing of best practices in the fight against the coronavirus pandemic and bolstering cooperation to mitigate the health, economic and social impacts of the pandemic.

So far, Africa has been the least infected continent but WHO warned that the virus was spreading beyond capital cities and that a lack of tests and other supplies was hampering responses.