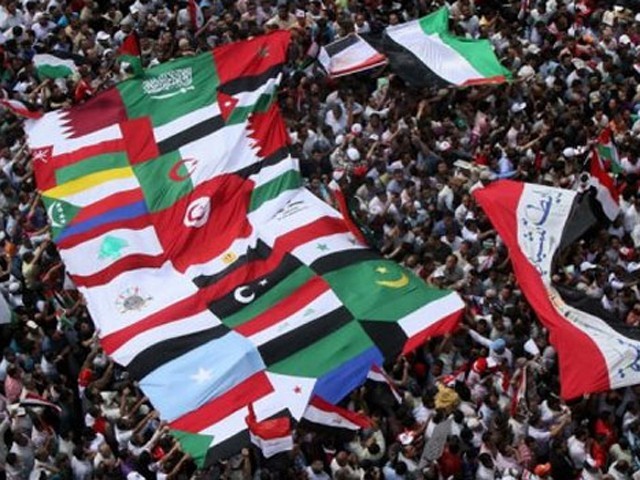 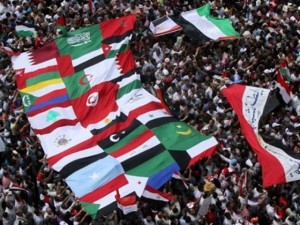 Many North African and Middle Eastern countries are in a state of great uncertainty. The struggles and revolutions of the Arab Spring struck down many oppressive governments, but violence has spread beyond North Africa and given way to insecurity in many states that were beyond the epicentre of the events – and these conflicts are not all for the benefit of the oppressed peoples of the region. Egypt and Syria seem to be frequently in the news – but what has happened in Libya since Gaddafi was deposed and in Mali since the French intervention? Western forces were able to leave after their aims had been fulfilled, yet it was only after they left that the real work began.

Egypt is dangerously divided because of the recent toppling of President Mohammed Morsi by the army. The army removed Morsi from power on 3rd July 2013 after he became increasingly unpopular. He promised change and unity, but he centralised power in himself by, for example, giving himself the right to legislate without judicial oversight and his government was also responsible for the imprisonment, rape, torture, and killing of numerous civilians. The right to protest is, of course, a fundamental part of a democracy, but the continuing involvement of the army – who have re-instated some familiar faces from the former President Hosni Mubarak’s government – in politics and escalating violence points to an uncomfortable future for Egypt. Despite the events of the Arab Spring being widely-praised across the world, Egypt may be teetering on the brink of a return to the past when real change is essential.

Perhaps strangely considering Western involvement in the country, Libya has remained out of the news for some time, possibly due to events in Egypt overshadowing all others in the region. Morsi’s removal from power in Egypt sent shockwaves across the region. The Libyan Muslim Brotherhood’s Justice and Construction Party recently celebrated success after an ally, Nuri Sahmain, was elected President of the country’s National Congress. It is now part of the largest bloc in the parliament, but the removal of Morsi in Egypt has been a setback for the conservative agenda that it hoped to enact. Outbreaks of violence are still frequent in Libya, with militias still very much in existence despite government calls for them to disarm and disband. In March 2013, several hundred militiamen attacked the National Congress in an attempt to prevent the so-called Isolation Act, which is supposed to purge Gaddafi-era officials from public office. Clearly, Libya also still faces many problems and the events in Egypt have further exacerbated this.

The continuing involvement of the army, who have re-instated some familiar faces from the former President Hosni Mubarak’s government, in politics.

Mali was once seen as a model democracy in the region. Among other things, Western intervention in Libya led to weapons being smuggled across the border to Mali, which helped sustain a civil war between an alliance of Islamists and Tuaregs in the north and the government in the south. A further issue that fuelled the unrest was the coup that saw the army depose the government, thereby paralysing the state. The French intervened to smash the rebels, and a controversial ceasefire agreement signed in June signalled the prospect of a phased return of government troops to the northern region of the country. However, the history of Mali is marred by conflict between the Tuaregs and Mali’s mainly black African ethnic groups, making concessions to the Tuaregs difficult. Furthermore, the country has been deeply-scarred by recent events and a long road of reconciliation lies ahead. A UN mission (MINUSMA) has been deployed with over 11,000 military personnel and an estimated £2.8 billion worth of international aid will be pumped into the country. Even so, there appears to be a feeling that elections have been forced too soon on the country by international pressures and that some of the most significant problems – such as vacuums of government power, corruption, and drugs trading – are yet to be dealt with.

In short, the North Africa, particularly Sahel, and Middle East regions still face a number of challenges after the Arab Spring. Nothing is certain, especially with the future of Syria so unclear. Insecurity and uncertainty appear to be the way of life for this region, but we can only hope for peaceful and representative solutions to the current problems facing the region. If care is not taken, the opportunity for real change in the region could be squandered.

North Africa Post's news desk is composed of journalists and editors, who are constantly working to provide new and accurate stories to NAP readers.
NEWER POSTAlgeria – Iran to “expand and deepen” ties
OLDER POSTSources of Wealth Inequality in MENA Region