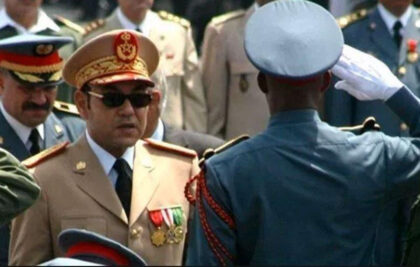 King Mohammed VI, Supreme Head and Chief of General Staff of the Royal Armed Forces (FAR), commended the efforts made by the various components of the Moroccan Army in the national fight against the spread of the coronavirus in the Kingdom.

In an Order of the Day sent Thursday to officers, non-commissioned officers and privates on the occasion of the 64th anniversary of the FAR, the Sovereign highlighted the swift and strong involvement of the royal armed forces in the fight against the coronavirus epidemic. The FAR mobilized all human and material resources, medical accommodation and logistics to participate in the fight against the pandemic and the limitation of its spread.

“To your permanent readiness to respond to the call of the Fatherland and to make the necessary sacrifices for its dignity and sovereignty is added this year, your immediate and strong involvement, pursuant to our high royal instructions, in the fight against the epidemic which is striking our country like other countries in the world, through the mobilization of all the human, material, medical accommodation and logistic resources available to our Armed Forces in order to participate in the fight against this pandemic and to limit its spread,” underlined the Monarch in the Order of the Day.

The King commended their willingness to participate, alongside other stakeholders, in the management of this scourge, rapidly deploying military field hospitals, and providing a number of FAR centers with a large reception capacity, which can be transformed, if necessary, into medical isolation units.

Teams, made up of doctors, nurses and social workers from the Royal Armed Forces, the Royal Gendarmerie and the Auxiliary Forces, have cooperated with the medical staff of civilian public hospital centers, giving thus a very beautiful image of national and professional solidarity, the Monarch recalled.

He also praised “the rapid interaction between the units of the various land, air and maritime components and the Royal Gendarmerie, and their strong involvement in the front lines of the fight against this pandemic, alongside the various bodies of National Police, the Auxiliary Forces, the Territorial Administration and Civil Protection Services, in raising awareness and implementing the measures of the health containment on the ground, which has fostered adherence and respect by all Moroccans for its implementation.”

The Supreme Commander and Chief of General Staff of the Royal Armed Forces lauded the FAR sustained efforts to strengthen the surveillance and protection of the country’s land, sea and air borders and hailed the valor of the soldiers deployed in the southern provinces who are defending territorial integrity.

The King also commended the measures taken to implement the restoration of military service. He described these measures as “a model of good management and guidance during all the phases that have accompanied the process of incorporation of the thirty-sixth contingent.”

These measures included “the setting up of infrastructures, teaching staff and educational resources, in order to enable conscripts, women and men, to benefit from applied vocational training adapted to the aspirations of our young people to integrate the social fabric and to engage in construction and building projects, in a spirit of patriotism and responsibility.”

In the Order of the Day, King Mohammed VI pointed that with the same spirit of discipline and dedication that characterizes the FAR efforts inside the country, Moroccan contingents continue to carry out their noble missions in peacekeeping operations in the Democratic Republic of the Congo and the Central African Republic, while teams are deployed at the military field hospital in Zaatari.

The Monarch expressed his confidence that the development the Royal Armed Forces are undergoing, their professionalism and the place they occupy at national and international level, enable Morocco to tackle with skill and firmness all the new challenges that arise.

He reiterated his permanent interest and desire in modernizing the FAR units, developing their defense capabilities and providing them with the necessary means and equipment, according to a global and integrated plan for the next decade.

“We have given our guidelines for the implementation of this Plan, which will make it possible to finalize what has been achieved over the last two decades, so that Our Armed Forces remain the protective shield and the impassable rampart for the defense of the Nation and its sacred values.”

The Supreme Commander and Chief of General Staff of the Royal Armed Forces called for supporting promising young skills in the ranks of the Armed Forces and encouraging them to be innovative and creative in all fields, especially in scientific research, so that we are always ready to meet challenges effectively and efficiently.