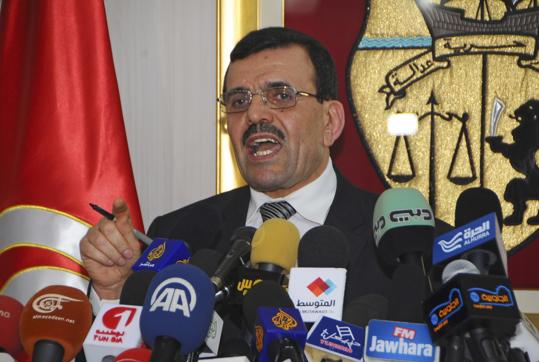 Tunisia condemns its version of Tamarod 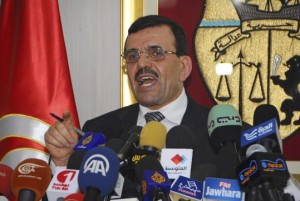 Prime Minister Ali Larayedh has blasted the activists behind the promotion of Tunisia’s Tamarod version. He described them as a “danger to the democratic process” the country is experiencing. The Prime Minister was speaking at a radio interview when he made these remarks. Tunisia’s Tamarod movement wants the National Constituent Assembly to be dissolved and has been inviting people to sign its petition.
The coalition government in Tunisia is led by Ennahda, which shares strong ties with Egypt’s Muslim Brotherhood. Tunisia’s Tamarod movement started its mobilization just before Morsi was removed from power. However, Prime Minister Larayedh has vowed that the Tunisian campaign will fail because “it’s a copy of something foreign in Tunisia.”
Egypt’s Tamarod movement owes its success to the Army’s intervention. Although the actions of the military are termed as a coup d’état against a democratically elected government, the army refutes such claims and continues to maintain that it is the will of the people.
Ennahda won the 2011 parliamentary elections, which are described as the first free and fair elections since Ben Ali’s departure. However, 870 000 signatures have already been acquired by the Tamarod movement as at 14th of July 2013, according to its spokesman Mehdi Said.
Larayedh said it’s a “copycat group” and he thinks that it won’t succeed. The movement has indeed shown signs of internal conflicts after 3 of its 14 youth activist’s founders left the movement. The reasons for their departure are not yet known.
The democratic process is going at a slow pace. It’s almost 2 years and a new constitution is yet to be adopted prompting criticisms from the public. Nevertheless, the Prime Minister insisted that the attempt by Tamarod to make it a failure won’t be successful.