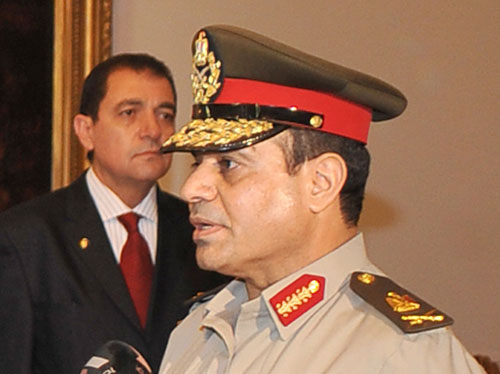 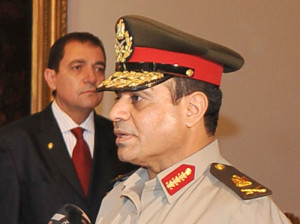 There are fears that tensions in Egypt could rise to new levels after Roni Daniel, an Israeli military analyst, told Israeli TV channel 2 that Israel was informed by General Abdul-Fattah al-Sisi three days prior to Morsi’s ousting and approved of it.
The ousting of Morsi is surrounded by many controversies but the army maintains that its intervention was provoked by the will of the people, and deters it as a coup d’état as described by many. There are fears that people could turn against the new interim government. According to Daniel, a compromise was agreed upon with the Israeli authorities, General Al –Sisi worrying over reprisals from Hamas. Before removing Morsi from power, he got assurances from Israel that the Gaza strip controlled by Hamas is under intensive Israeli surveillance.
On the other hand, Israel considers Morsi’s departure as an “urgent demand” for the Jewish state and its security. It suggested that the general should destroy the tunnels linking Palestine to Egypt because it considers it as a threat to its security. Egypt has embarked on such operations. The Muslim Brotherhood accuses Al-Sisi of being an accessory to Israel and the US. The recent revelations by an Israeli military analyst can fuel anger and violence in the ongoing mass demonstrations. Daniel claims that El-Baradei met Prime Minister Benjamin Netanyahu before and after the coup and has been assured of Israel’s support for Western recognition.
The Brotherhood claims that El-Baradei is a Jew unknown to the Egyptians. Other military analysts have also attested that Al-Sisi and Mohamed El-Baradei have been in contact with the Israeli government.