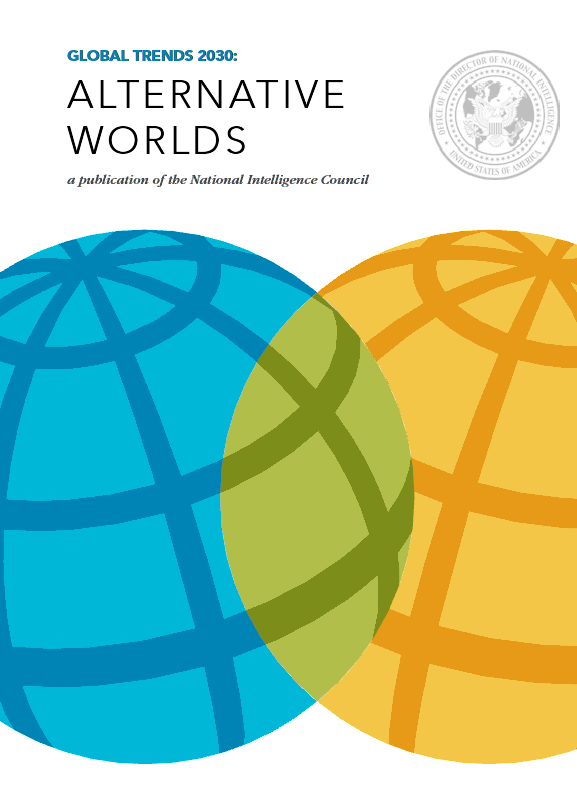 The Shift to a Multi-polar Global Economy: Are We Prepared to Handle It? 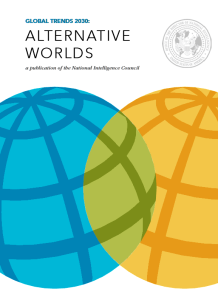 The National Intelligence Council’s (NIC) report ‘Global Trends 2030: Alternative Worlds’ has outlined three global trajectories, or development in the interactions among world’s states, during the next 15-20 years. Under the ‘Reverse Engines’ scenario, mercantilism and protectionism could lead economic globalization to go into reverse, constraining technological breakthroughs required to manage scarce global resources. The second scenario called ‘Great Power Convergence’ projects that emerging powers emerge as full stakeholders in a global order that is transformed by power shifts but remains liberal and pluralistic. Finally, the ‘Multi-polar Divergence with U.S. Primacy’ foresees the ongoing U.S. predominance and also continuing rise of new powers like China. In this scenario, a multispeed global economy accelerates the diffusion of power but an alternative coalition to the West does not form, with developing giants consumed by their domestic challenges. The risk of conflict increases with the continued rise of new powers like China and the rapid pace of technological change.

The obvious question now is this: on which of these pathways are we walking now? I would suggest, we are walking the last pathway, and let me offer some evidence. The US-EU Transatlantic Trade and Investment Partnership and the recent adhesion of Japan to the US-led Transpacific Partnership (TPP) spanning the globe from the East to the West leave little space for the others. These transcontinental trade blocs are intended to boost exports to help flagging economies in the West. Are these deals a signal that big powers, feeling the heat of the crisis, are set to abandon multilateralism and that international trade is fragmenting into trade blocs? Or are they intended to re-establish the preeminence of the Western leadership in setting the rules on the road for strategic industries (frontier technology, finance, etc.)?
In any case, the Transatlantic Trade and Investment Agreement and the Transpacific Partnership are not just aimed at enhancing bilateral trade. They seem to send a powerful signal about America’s enduring confidence in its closest and deepest economic relationship. A signal that clearly fits into the NIC’s third scenario, in which the United States would continue to maintain disproportionate global influence and leverage permitting it to address global challenges by working through coalitions of like-minded states. A second piece of evidence comes from the BRICS meeting in Durban and the announcement of their plan to set up a new development bank for funding the infrastructure in developing regions. Is the new bank cooperate with or will it challenge the World Bank? Though the BRICS Bank is still a long way from meeting that challenge as its seed-money by now amount to just $50 billion, less than the amount the World Bank committed only in 2011, the new bank is likely to debilitate efforts to improve governance and democratization in development financing, lopping conditionality and open data.

And, last but not least, the third case in point comes out from the unconventional monetary policy of the three major central banks. The U.S. Federal Reserve’s announcement in September 2012 of a 3rd Quantitative Easing has almost generated a spat in the IMF’s Research Department between main stream economists welcoming QE as a necessary measure to kick start the economy and job creation, and emerging markets economists criticizing developed states’ central banks for aiming at monetary dumping. Just on 17 April 2013, the IMF issued a report denouncing the risks unconventional monetary policies pose to the world economy. Central banks in major developed economies including Japan, UK, and euro-zone have adopted similar monetary policies in view to maintain low yields on sovereign debts and re-financing the strained banking system. Yet, these policies have not achieved their objective of smoothing out the credit crunch and have clearly failed to kick start the real economy. Further, QEs have been adopted without any serious consideration of the possible effects of the massive currency injection on saving and foreign exchange rate markets. This monetary complacency is set to prompt a currency war.

In conclusion, the third pathway we are presently walking on is better at explaining the games old and new powers are playing out. The upcoming multi-polar system features a deviation from the level playing field of multilateralism. As a biased and opportunist trade competition, race to the bottom monetary policy and weakening standards in financial development policies open the way to an uneven multi-polar global economy. While the West and especially the United States are likely to seek to re-position themselves at the center of this complex landscape, thus continuing to maintain their disproportionate global influence and leverage, insulating and containing emerging powers – namely BRICS countries – is likely to bear some negative consequences. Unconventional policies in trade and monetary affairs are likely to inflict domestic and intra-regional difficulties on emerging giants such as China, Russia, India and Brazil, who are will then likely undertake steps that may have undesired consequences for the global economic system.

North Africa Post's news desk is composed of journalists and editors, who are constantly working to provide new and accurate stories to NAP readers.
NEWER POSTSyria Undone – Acting on the G-Point
OLDER POSTMuslim brotherhood pledges to continue protests in Egypt