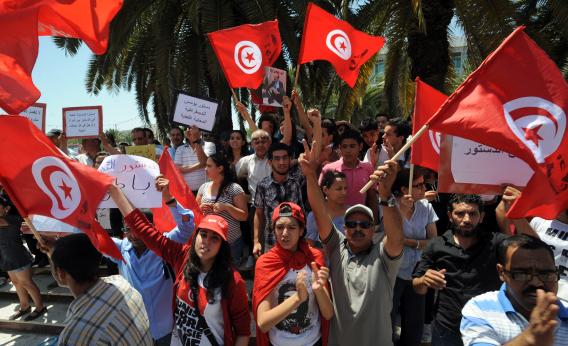 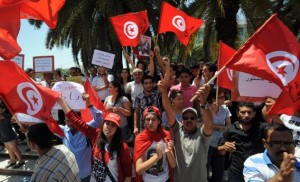 After Egypt’s Tamarud campaign was made a succes with the intervention of the military, Tunisia’s opposition activists have decided to begin a similar move against the coalition government led by Ennahda. They have vowed to start collecting signatures to end the government’s mandate.
The spokesman of Tamarud Tunisia, Mohamed Bennour told reporters at a press conference that “Tunisia’s young are following in the footsteps of young Egyptians” because they are “not satisfied with what is happening in the country, from an attack on freedoms to a bad economic and social situation.” The leaders of Tunisia’s Tamarud version are accusing the Islamists of encouraging a religious state and shunning personal freedom while failing to salvage the country from its economic crisis. They are demanding the formation of a new caretaker government. Tamarud, which means Rebel, is headed by youths. They claim that there will be mass protests when they acquire almost 200,000 signatures.
Tunisia’s constitution has been a center of attention in the past weeks and according to spokesman Mohamed Bennour, the Constituent Assembly is working towards establishing a religious state. He said that they will be aiming at bringing an end to its mandate of drafting a new constitution which has been marred by a tense debate between the Islamists and the liberals. The success of the Tunisia is still being doubted especially when compared to Egypt, which claimed that it collected 22 million signatures during its campaign, and also enjoyed the support of the military.
Francois Hollande is expected in the country on Thursday and he will be delivering an “encouragement” message to those behind the Arab Spring in the region according to his entourage. He will be accompanied by ministers and investors for his two day visit.