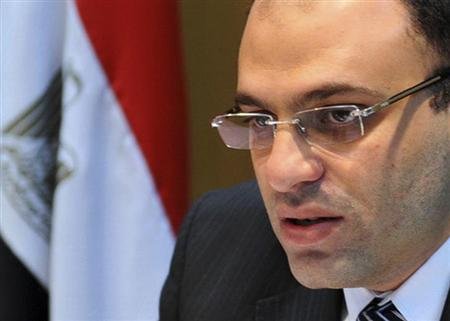 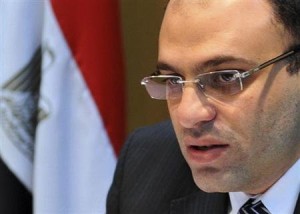 In a move to bring Egypt’s growth back to its pre-revolution era, Investment minister Yehya Hamed declared that he was ready to negotiate with businessmen close to Mubarak who fled Egypt during and after the revolution. The goal is to bring the economy to a 7% annual growth rate, allowing the country to breathe.
According the minister, the current GDP amount is too weak to allow the economy to reach the 7% growth rate it needs. He believes that Egypt has to send “positive signals” to attract investors, as he listed plans to build infrastructure, the distribution of land for agricultural and industrial projects, and other schemes where private investors would play a leading role. The minister described the banning of two ministers from Mubarak’s regime, Rachid Mohamed Rachid and Mohamed Mansour, who were major forces behind Mubarak’s economic liberalization policies, gave “bad signals.”
The increasing tension in the Egyptian political system has also contributed to the slow pace, the authorities being reluctant to make decisions due to the issues at stake. The country’s economy is also hampered by the slow recovery of the tourism sector, while foreign investors are being cautious of dwelling in the country due to the political crisis. Labor strikes are fast becoming popular in the country too.
The new minister, who has just spent a month in office, believes that a progressive growth of the economy is necessary for the country to absorb some of its social and economic problems, but wants the participation of the private sector. However, foreign investors consider the Egyptian pound is overvalued and should be devalued sharply.