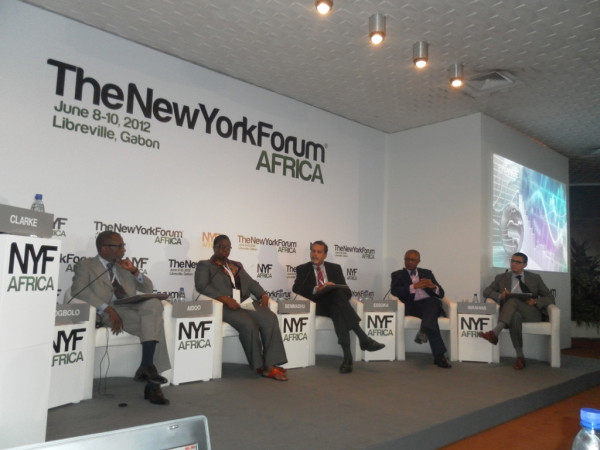 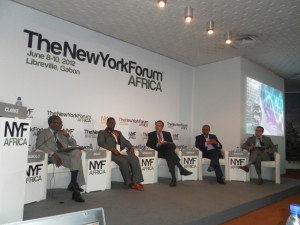 A fund destined to promote the training of African youth, “Train My Generation,” has been set up on the sidelines of the New York Africa Forum, held in the Gabonese capital, Libreville, June 14-16.
The fund with an initial capital of $ 200 million was set up in partnership between the Economic and Monetary Community of Central Africa (CEMAC) and the New York Forum Institute Foundation during an extraordinary summit of the heads of state of CEMAC members, namely Cameroon, Gabon, Equatorial Guinea, Central African Republic, Republic of Congo and Chad, convened on the fringes of the Africa Forum.
Gabon’s Bongo Ondimba who made the announcement called on Africans to “be actors and not spectators” of development and to join efforts to address the worrisome youth unemployment in Africa which is recording an alarming rise.
Youth employment is strategic for the future of the continent and requires the mobilization of both the African private and public sectors and of international financial institutions, President Ondimba said.
CEMAC members will contribute $50 million to the fund.
Africa, with 200 million people aged between 15 and 24, has the youngest population in the world and the current trend indicates that this figure will double by 2045, according to the 2012 African Economic Outlook. Although Africa is recording a fast and steady economic growth and although six of the 10 fastest-growing economies in the world are in sub-Saharan Africa, youth unemployment rate remains high with 6%, according to the African Development Bank. Compared to the world average of about 5%, the rate may not seem that high. But the problem is that in most African countries, youth unemployment “occurs at a rate more than twice that for adults,” notes the AfDB. Youth account for 60% of all African unemployed, according to the World Bank. In North Africa,  youth unemployment rate alarmingly stands at 30%. The rate is even worse in Botswana, the Republic of the Congo, Senegal, South Africa and several other countries.
The CEMAC extraordinary summit also decided to remove as of January 1, 2014 entry visas for citizens of Gabon, Cameroon, Equatorial Guinea, Central African and Chadian wishing to travel within the Community as a step further in the long process of regional integration.
The political and economic initiatives made by the CEMAC extraordinary summit are to be presented to the G8 summit convening as of this June 17 in Northern Ireland.
The New York Africa Forum, the largest gathering in the continent of economic operators,  industrialists, young entrepreneurs, investment funds, policy makers, experts and economists, focused its debates on transparency of trade, governance and safety, entrepreneurship, the role of women and the challenges of economic development sustainability.
The forum also pondered on the importance of African local economy, especially SMEs, which represent 90% of the private sector across the continent, new economy assets such as technological innovation and leisure, film and fashion industries, and investment opportunities in the continent. Participants also discussed the establishment of a partnership with BRICS (Brazil, Russia, India, China and South Africa).
The forum that was attended by over 700 international leaders, including six Nobel Prizes, was set up in 2010.