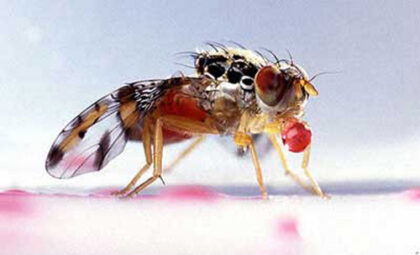 To combat Mediterranean fruit fly, one of the world’s most destructive fruit pests, Morocco has placed an order for 440 million sterile Ceratitis capitata from Argentina, according to El Economista business newspaper.

The sterile fruit flies will be supplied by the Institute of Agricultural Health and Quality of Mendoza (ISCAMEN). The shipments will start in March and continue until May 2021. Ten million flies will be sent to Morocco weekly.

Morocco used to get the sterile medfly from Bio-tech center in Valencia, Spain. The agriculture of the Moroccan Souss-Massa region suffers from the fruit fly.

Its larvae feed on many deciduous, subtropical, and tropical fruits and some vegetables. Although it is a major pest of citrus, often it is a more serious pest of some fruits, such as peach, pear, and apple.

The medfly larvae feed upon the pulp of host fruits, sometimes tunneling through it and eventually reducing the whole to a juicy, inedible mass. Its eradication is extremely difficult and expensive. In addition to reduction of crop yield, infested areas have the additional expense of control measures and costly sorting processes for both fresh and processed fruit and vegetables.

The Sterile Insect Technique (SIT) is an environmentally-friendly insect pest control method involving the mass-rearing and sterilization, using radiation, of a target pest, followed by the systematic area-wide release of the sterile males by air over defined areas, where they mate with wild females resulting in no offspring and a declining pest population.

Irradiation, such as with gamma rays and X-rays, is used to sterilize mass-reared insects so that, while they remain sexually competitive, they cannot produce offspring.

SIT was first developed in the USA and has been used successfully for more than 60 years.

Newer PostBurkina Faso: 11 people killed in the northwest
Older PostEssaouira to Host “INSANIA”, an Institute for Advanced Humanities in Africa, the Mediterranean