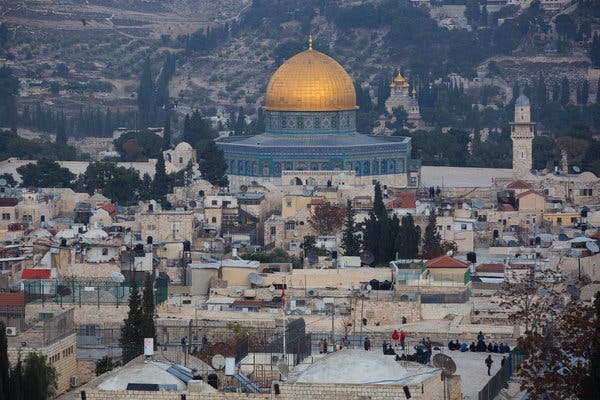 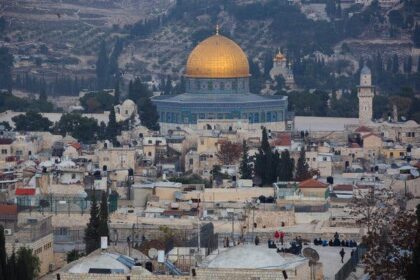 Morocco expressed its appreciation of the peace efforts of the Trump Administration and voiced hope for the launch of a constructive peace process agreed by all parties to reach
a realistic, applicable, equitable and lasting solution to the Israeli-Palestinian question, satisfying the legitimate rights of the Palestinian people, for an independent, viable and sovereign State, with East Jerusalem as its capital.

“The Kingdom of Morocco followed with interest the presentation of the vision of the President of the United States of America, DonaldTrump, on the Israeli-Palestinian issue,” the foreign ministry said in a statement.

While noting the importance of the resolution of the Palestinian issue for Middle Eastern stability, the ministry lauded the US administration’s efforts towards achieving “a just, lasting and equitable solution to this conflict.”

Morocco noted elements of convergence with the US initiative including reaching a two-state solution and upholding negotiation between the two parties as the preferred approach.

Morocco also stressed the need for “acceptance by the parties of the various elements” as fundamental aspect for the implementation and sustainability of this plan.

“While the economic dimension is important, it must be complemented by a political dimension,” the foreign ministry said.

With regard to Jerusalem, Morocco, whose Sovereign chairs the AlQuds Committee, reiterated its steady position contained in the “Appeal of Al-Quds” of 30 March 2019, signed by King Mohammed VI and Pope Francis, which affirms the need “that in the Holy City, full freedom of access to the followers of the three monotheistic religions and their right to worship will be guaranteed, so that in Jerusalem / Al-Quds Acharif they may raise their prayers to God, Creator of all, for a future of peace and fraternity on the earth”.

Morocco also made it clear that the “status of Jerusalem must be preserved” and that the final decision must be discussed between the parties in accordance with international legality.

In this respect, Morocco expressed its wish that a constructive peace process be launched from now on, with a view to a realistic, applicable, equitable and lasting solution to the Israeli-Palestinian question, satisfying the legitimate rights of the Palestinian people, for an independent, viable and sovereign State, with East Jerusalem as its capital, and enabling the peoples of the region to live in dignity, prosperity and stability.