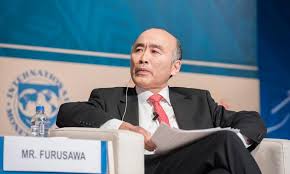 The International Monetary Fund has reaffirmed Morocco’s continued qualification for the Precautionary and Liquidity Line (PLL) Arrangement after a first review of its executive board.

The two-year PLL arrangement for Morocco in the amount of SDR 2.504 billion (about US$3.42 billion) was approved by the IMF’s Executive Board in July 2016.

After completing a first review, the IMF executive board said the Moroccan authorities provided insurance against external risks and supported the country’s program to rebuild fiscal and external buffers and promote higher and more inclusive growth.

“The external position remained strong in 2016, as international reserves further increased despite a higher-than-expected current account deficit. While fiscal developments were less favorable than expected, this was due in part to slower growth and accelerated value-added tax reimbursements“, he added.

According to the IMF official, Morocco’s growth is expected to rebound in 2017 and accelerate gradually over the medium term, subject to improved external conditions and steadfast reform implementation.

“Morocco’s PLL Arrangement with the IMF continues to serve as valuable insurance against external risks and supports the authorities’ economic policies“, he stressed, noting that the Moroccan authorities are “committed to further reducing fiscal and external vulnerabilities while strengthening the foundations for higher and more inclusive growth“.

According to the IMF, moving toward a more flexible exchange rate regime will help preserve external competitiveness and enhance the economy’s capacity to absorb shocks.