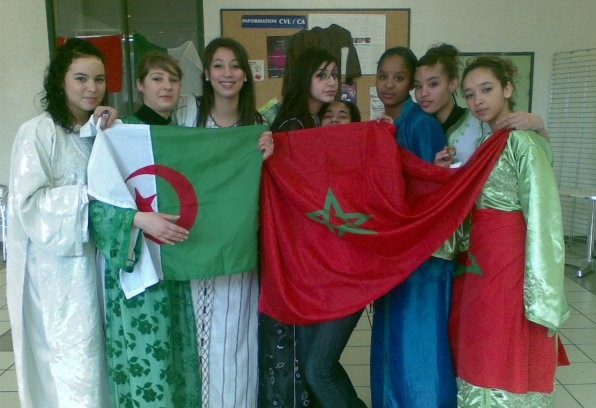 The countries of the Maghreb set up in February 1989 a union that was designed to be a milestone in promoting inter-Maghreban relations on the political, economic, cultural and social scales.
More than twenty years after the Arab Maghreb Union, also known by its French acronym as UMA, came into being, little has been achieved to fulfill its initial goals.

The countries of the Maghreb, Algeria, Libya, Mauritania, Morocco and Tunisia, have actually failed to boost their cooperation and to materialize their economic integration leading the region to lose precious growth points.

“The cost of the “non-Maghreb”, as pundits started to call the stalemate, costs the region between one and two percentage points of annual economic growth and costs each Maghreban country 2 to 3 percent of its annual growth.”

A workshop held last week in Tunis on “Regional economic integration and its role in the liberalisation of the Arab Maghreb potentials” came to the same conclusion and participants unanimously underlined the urgent need to speed up the region’s integration and exploit the huge economic, human and natural resources it harbors to build up a strong, complementary economy to enable the region to take up challenges and face up other regional groupings.
“The time has come to boost the economic edification of the Arab Maghreb, a region possessing such natural and human resources, in addition to its strategic location, that entitle it to play a major role in achieving regional and world balances,” said President of the host country Moncef Marzouki in an opening address.
The Tunisian President argued that the consolidation of regional cooperation, the promotion of economic integration, the achievement of joint projects, in addition to networking of human resources will help the region countries solve the issues of unemployment, poverty, emigration, food security, energy, water and desertification.
He insisted that boosting Maghreb cooperation would stimulate investments, improve productivity, boost economic growth and strengthen resilience of the region in front of the exogenous chocks.
The other participants, most of them economy experts from Maghreb countries and from regional and international organizations, called for activating the various institutions of the UMA, upgrading intra-regional trade and promoting joint investments in key sectors including renewable energy, information technology and financial and banking sectors.
Integration and complementarity of the countries of the Maghreb region are still lower compared to other regions of the world, participants have underlined, highlighting the exorbitant cost of this situation on the economies of the Maghreb.
The absence of such economic integration entails a loss of 2 to 3 percentage points of GDP in the Maghreb countries. According to the World Bank, a deeper integration, including the liberalising of services and reforming investment rules would have increased the per capita real GDP between 2005 and 2015 by an additional 34 percent for Algeria, 27 percent for Morocco and 24 percent for Tunisia.Decision makers, experts and laymen are all aware of the need to speed up the construction of the Maghreb and the integration of its economy and to overcome the problems hindering this integration.

Now, great hopes are pinned that the summit of Maghreban heads of state, scheduled to be held in Tunisia by the end of October, will make the necessary moves to consolidate the Maghreban Union and boost its activities.