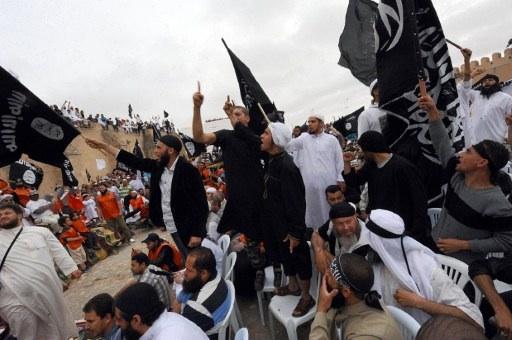 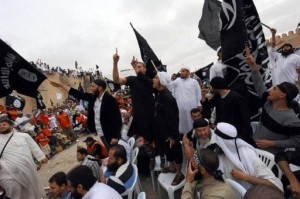 Head of Tunisia moderate Islamist Ennahda party, Rached Ghannouchi, has vowed to fight and stand up to the hardline salafists who showed lately their real face when they added oil to the fire in the deadly violence that rocked the country over anti-Islam film.
“These people pose a threat not only to Ennahda but to the country’s freedoms and security”, said Mr. Ghannouchi. “Each time they overstep our freedoms in a flagrant manner, we have to be tough, clamp down and insist on public order”, he added, denying the accusations that the Ennahda-led coalition government adopted a soft stance in dealing with the Salafist leader Seif Allah Ibn Hussein, suspected of stirring popular anger and violence, targeting US embassy and interests in Tunisia.
Mr. Ghannouchi pledged that Ibn Hussein, head of the extremist Ansar al-Sharia movement, would be held accountable for his acts and hunted down by the police.
Fearing another surge in violence, the Tunisian government banned any Friday protests against the caricatures of the Prophet Muhammad, published in satirical French weekly. Interior Ministry said some groups were planning widespread riots and looting after weekly prayers at mosques.
In a precautionary move, the government of France had ordered the closure on Friday of its embassies, schools and other official sites in about 20 countries across the Muslim world.
Violent protests spread across Muslim countries over an on-line video which insults Islam. Demonstrators are furious at the trailer of the film made in the US. Demonstrations keep swelling against the French provocative cartoons and the anti-Islam video which triggered the attack on the US consulate in Libya’s eastern city of Benghazi that killed the US ambassador and three other Americans.

North Africa Post's news desk is composed of journalists and editors, who are constantly working to provide new and accurate stories to NAP readers.
NEWER POSTTaming the Praetorian Temptation in Egypt
OLDER POSTCost of “Non-Maghreb”, exorbitant for North Africa