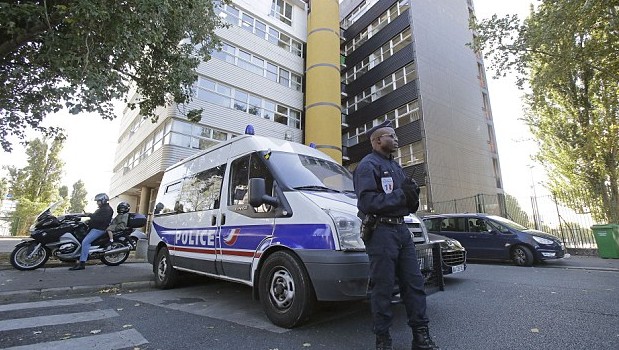 France, fearing a backlash after a French satirical magazine published provocative cartoons of the Prophet Mohammed, has decided to temporarily close on Friday its diplomatic missions, cultural centers and schools in 20 Islamic countries and asked the authorities of these countries to tighten security measures around these compounds.

In some countries, French schools were shut since Wednesday as in Tunisia or Thursday as in Egypt. Morocco was not concerned by the decision. The French Foreign Ministry said in a statement that France had decided to temporarily close its embassies, consulates, cultural centers and schools in more than 20 Islamic countries as a precaution against any possible violence that may be triggered by the cartoons. It also issued a travel warning urging French citizens in the Muslim world to exercise “the greatest vigilance,” and to avoid public gatherings and “sensitive buildings.”
The French magazine has created a controversy in France for publishing the cartoons on the prophet Mohammad, plunging the country in a freedom of speech argument, and inflamed protest in the Muslim world from Asia to North Africa where angry demonstrators were still denouncing a US-made anti-Islam film. More than 30 people have been killed in attacks and violent protests linked to this film, including the US ambassador to Tripoli and three staff members of the US embassy in Libya.
The French magazine has been harshly criticized for publishing the cartoons by French as well as by foreign leaders. A lawsuit was filed against the publication hours after the issue hit newsstands and its website was hacked.
The French government has criticized the publication while urging all people to act in the spirit of responsibility. As put by French Foreign Minister Laurent Fabius, even if the principle of freedom of expression “must not be infringed” it was not “relevant and intelligent in this environment to add fuel to the fire.”

Meanwhile, Muslims in France, about 5 million, have been urged to avoid any acts of violence in response to these provocations, but to resort to peaceful means to express their anger.
In Washington, White House spokesman Jay Carney said the Obama administration believed the French magazine images “will be deeply offensive to many and have the potential to be inflammatory.”
“We don’t question the right of something like this to be published,” he said, pointing to the U.S. Constitution’s protections of free expression. “We just question the judgment behind the decision to publish it.”
In a statement, Arab League chief Nabil Elarabi condemned the provocation by the French magazine, describing the cartoons publishing as odious. He warned this will increasingly complicate an already inflamed situation in the Arab and Islamic world and called on all humanitarian societies to understand, tolerate and respect other cultures.
Italian Foreign Minster Giulio Terzi also criticized the cartoons as “irresponsible sensationalism” which has fueled the anger in the Muslim world.
“Religions are fundamental, they are important for many billions of people, and no one should allow themselves to mock them or joke about these values,” Terzi said.
The Vatican’s official daily Osservatore Romano also dealt with the issue saying the satirical images could throw “fuel on the fire”.
As Islamic backlash against cartoons grows, Al Qaeda in the Islamic Maghreb (AQIM) which is holding four French hostages since September 2010 has threatened on Thursday to kill them and France said it was taking the threat seriously.
In a video that was posted on a Mauritanian website, AQIM threatened to kill the hostages if France intervenes militarily in Northern Mali.

North Africa Post's news desk is composed of journalists and editors, who are constantly working to provide new and accurate stories to NAP readers.
NEWER POSTCost of “Non-Maghreb”, exorbitant for North Africa
OLDER POSTBrazil: A new policy of “positive discrimination” in universities