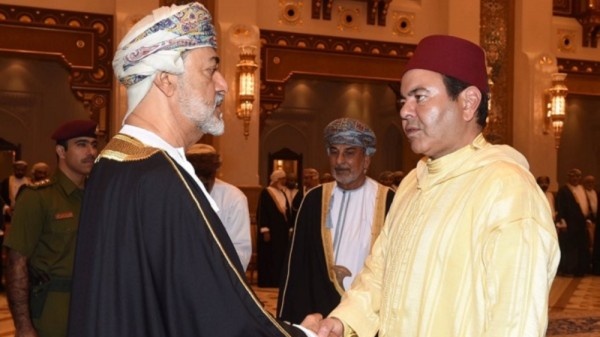 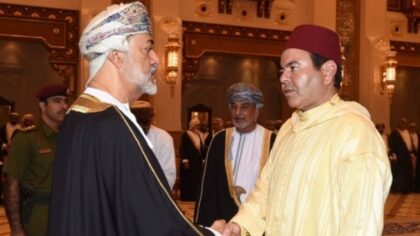 The message was delivered to Sultan Haitham by Prince Moulay Rachid, the youngest brother of King Mohammed VI, during the funeral ceremony that took place at Al Alam Palace in the Omani capital.

In his message, King Mohammed VI expressed his sincere compassion to Sultan Haitham and the Omani people for the loss, underlining that with the death of Sultan Qaboos, the Sultanate of Oman and the Arab and Islamic nation have lost an important and wise leader who achieved a global revolution for his country and several economic and political accomplishments.

Sultan Qaboos gave Oman a privileged position both at the regional and international levels, and helped consolidate Arab and Islamic solidarity, as well as reinforce dialogue, peace, and moderation, the Royal message stated.

The Sovereign expressed, on his behalf and on behalf of the Moroccan people, his warmest congratulations, wishing Sultan Haitham success in leading the Omani people towards further progress and prosperity.

The King also hailed the strong ties of brotherhood between the two Royal families, as well as the special relations between the two brotherly countries, which are rooted in fruitful cooperation and unwavering solidarity.

King Mohammed VI underlined his determination to pool efforts with Sultan Haitham to further strengthen these ties to serve the interests of the two countries and of the Arab and Islamic world as a whole.