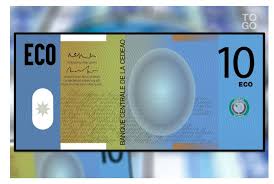 Nigeria is studying the currency changes ringing through the West African region and will respond in due course, a statement by a media aide to the Minister of Finance, Budget and National Planning said.

“Nigeria has received the news of the change of the UEMOA Currency, the CFA (Communaute Financiere d’Afrique) to Eco supposedly as the ECOWAS single currency. We are studying the situation and would respond in due course,” the statement said.

Nigeria’s announcement follows Ghana who became the ninth country to commit to the ECO currency.

On Dec. 21, Ivorian President Alassane Ouattara announced that the eight-member West African Economic and Monetary Union, made up of mainly Francophone countries and Guinea Bissau, would discontinue the use of the CFA Franc in favor of a new common currency.

The union will keep the ECO pegged to the Euro, while currency reserves currently in France will be moved. The former colonial power will also no longer have a seat on the board of the central bank.

Nigeria as the largest trading nation in the region is seen as a key ally who should be on board any such initiative, but Abuja has increasingly had to consult widely at home before committing to such protocols.

The history of the Eco is a two-decade-long journey that was first proposed in December 2000. Initially, the West African Monetary Zone (WAMZ) countries were planned to use the currency.

These countries were Ghana, Gambia, Guinea, Nigeria, Liberia and Sierra Leone. None of these countries are in the CFA franc zone.