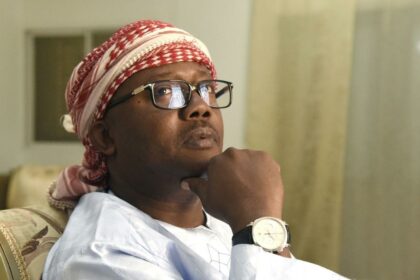 Embalo, 47, who beat another former Prime Minister Domingos Simoes Pereira in a run-off vote, will succeed incumbent President Jose Mario Vaz. The new elected leader served as Prime Minister under Vaz from 2016 to 2018.

Vaz crashed out of the race in the first round in November — becoming the first elected president in 25 years to reach the end of his mandate without being ousted or dying in office, in a country where the military has loomed large in politics.

Nearly 70 percent of Guinea-Bissau’s 1.8 million people live on less than $1.90 a day and the small tropical country ranks 178th out of 189 on the UN Human Development Index.

It gained independence from Portugal in 1974, but has suffered a string of military coups, attempted coups and political assassinations ever since. There have been seven prime ministers since Vaz took over in 2014.

Described by the UN as a narco state, Guinea-Bissau has long been a drug trafficking hub for South American cocaine cartels. And although this illegal trade appears to be declining thanks to US and UN counter-narcotic policies, the country still bears the scars and remains dogged by the same poverty and institutional weaknesses that allowed the drug industry to take hold in the first place.