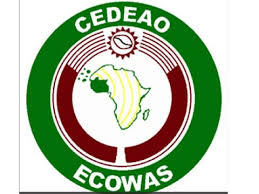 Shortly after the hundred days of the swearing-in of the transitional president and vice-president in Mali, a mission of the Economic Community of West African States (ECOWAS) arrives this Monday in Bamako for two days of meetings.

The mission, led by former Nigerian President Goodluck Jonathan will, during this 48-hour trip, meet with stakeholders in charge of the organization of next year’s presidential and legislative elections, but will also meet with the transition authorities and the political class.

The ECOWAS mission will focus on the local political situation. An official charter specifies that the Malian junta is dissolved after the installation of the transitional institutions. Although all the organs are now operational, the military remains very present in the field and in the offices.

Two of the organs of the transition (the vice-presidency and the National Transition Council, which plays a legislative role) are headed by the two main perpetrators of the 18 August coup d’état. Within the Malian political class, they have their supporters, but also opponents who speak of a “disguised military transition”.

The ECOWAS mission should find out whether there been a recent attempt to destabilize the transition, after several civilian personalities have been charged and placed under a committal order.

Another issue on the table: the future presidential and legislative elections for a return of civilians to power. Shortly after the putsch, the military wanted a three-year transition, but ECOWAS categorically refused the proposal. Finally, eighteen months were accepted for the transition. It is therefore necessary to prepare for the future elections next year. In this context, meetings are planned between the ECOWAS mission and major players in the electoral process.