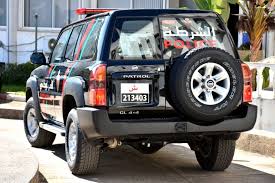 The European Union is going to deliver 1,300 vehicles to Morocco to help the country monitor its coasts within the frame of “border control program”, reported on Monday Spanish news agency EFE.

The first batch of these vehicles arrived lately in Morocco, said EFE citing a Moroccan official.

Morocco will receive 111 4×4 off-road vehicles and 227 motorcycles for monitoring its coasts stretching over 3,500 km, in addition to other vehicles, added the Spanish news agency.

The North African kingdom deploys more than 13,000 soldiers along its coastal borders to foil illegal migrants crossing attempts. This costs the country € 200 million per year.

The EU funding will also serve to raise awareness among young people and their families about the risks involved in attempting to cross the Mediterranean Sea.