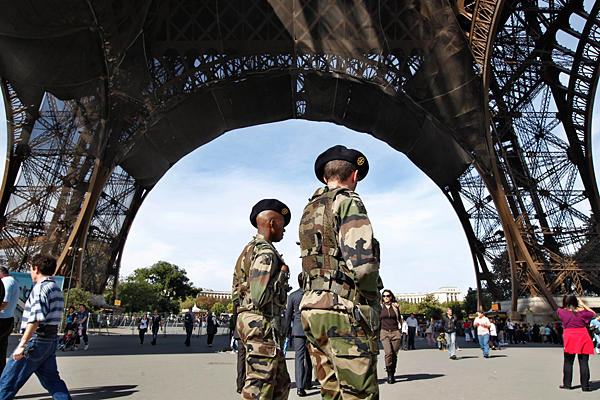 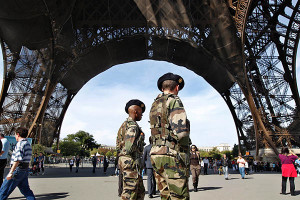 Al-Qaida affiliate in North Africa has renewed its terrorist threats against France and all countries taking part in the French-led military campaign in Mali where the Islamist radical groups have tried to impose the Islamic sharia law in the northern region of the impoverished African country.
In a message posted on YouTube, Abu Obeida Yussef Al-Annabi, a leader of Al-Qaida in the Islamic Maghreb (AQIM) said the “crusade” led by France in Mali makes its interests “legitimate targets,” and that “Muslims must take revenge.”
French president Francois Hollande said his country takes seriously the threats made by AQIM. “We have inflicted tremendous loss to AQIM via the intervention in Mali. But AQIM networks exist outside Mali,” he stressed, affirming that the military operation against the Islamist militants in Mali will continue as long as necessary.
France has nearly 4000 troops in Mali. Backed up by African forces, the French soldiers have flushed AQIM and other jihadists from Mali’s main northern cities, including Timbuktu, killing or dispersing Islamist fighters. French special units and other troops are now in a clean-up phase, searching for scattered fighters and their caches after they seized some 200 tons of munitions and arms.
The military intervention in Mali has been approved by the UN Security Council last December to dislodge the Islamist extremist groups that seized northern Mali in the wake of a coup in Bamako. The jihadists were intending to set up the “emirate of the Sahara” in Northern Mali. Their scheme had been frustrated  by the French army intervention.
The Islamist groups of AQMI, which fought the Algerian regime during the 1990s (first the FIS, then the GIA and finally the GSPC), have long criticized France’s colonial policies, accusing Paris of participating in a “Christian crusade” to dominate the Muslim world.
AQIM is a salafi-jihadist group active in Algeria, Mauritania, Mali, and Niger. This terrorist group carried out attacks in the vast Sahel strip south of the Sahara, targeting both government troops and civilians. Its militants have been involved in kidnappings, particularly of Westerners, demanding ransoms to fund terrorists’ activities. AQMI fighters also engage in weapons, drugs and human trafficking.
According to some analysts, Al Qaeda thrives in the isolated desert regions as well as in countries with weak governments and areas hit by political unrest which helps creating a permissive environment for the extremists to flourish and grow unnoticeably before unveiling their appalling true face and agendas to the world. And when that happens, it is often too late for damage control.
CATEGORIES AfricaEuropeInternational
Share This

North Africa Post's news desk is composed of journalists and editors, who are constantly working to provide new and accurate stories to NAP readers.
NEWER POSTRawafed Libya eyes regional expansion with satellite
OLDER POSTEgypt struggles to get a loan from the IMF