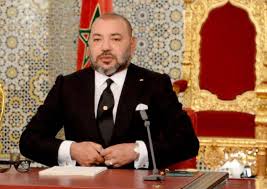 In a message sent to President Roch Marc Christian Kaboré of Burkina Faso, the Monarch strongly denounced this appalling attack and offered him his heartfelt condolences, expressing his sympathy to the grieving families of the victims and voicing his solidarity with the Burkinabe people.

Five buses carrying workers of the Canadian goldminer Semafo with military escort were ambushed lately on their way to Boungou mine in the eastern region of the country.

Burkina Faso has been wracked by an Islamist insurgency that has killed hundreds of people in recent years. The military and authorities are struggling to contain violence that spilled over the border from neighboring Mali.

According to intelligence agencies, at least three known militant groups operate in Burkina Faso: the Group for the Support of Islam and Muslims (linked to al-Qaeda), the Islamic State in the Greater Sahara Group and the locally-rooted Ansarul Islam.