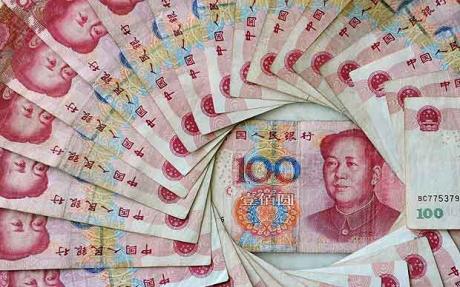 Rise of the ‘Renmimbi’ to the International Stage: A Win-Win Game for the Emerging Multi-Polar Global Economy

Empirical studies show that the international monetary system is already tripolar. The Chinese currency, the renmimbi, has increasingly become a reference currency, as one which exhibits a high degree of co-movements with other currencies.

In the wake of the 2008 financial crisis, the renmimbi has accelerated its standing as the East-Asia exchange rate reference currency to the degree that a ‘renmimbi bloc’ has already developed in the region. Submaraian and Kessler recently observed in their authoritative analysis that, “in East Asia, there is already a renminbi bloc, because the renminbi has become the dominant reference currency, eclipsing the dollar, which is a historic development. In this region, 7 currencies out of 10 co-move more closely with the renminbi than with the dollar, with the average value of the CMC relative to the renminbi being 40 percent greater than that for the dollar.”

In light of this development, a natural question arises: Is this evidence that the RMB is already an international currency? Or is this just a passage to other steps to come? Whatever the answer, it is obvious that China’s economic diplomacy is serving well the renmimbi to its rise to the international stage. From early 2006, Beijing has conducted the so-called ‘finance dialogues’ with several countries – such as the United States, the United Kingdom, Germany, Japan, Russia, India and Brazil – that go beyond standard bilateral exchanges on classic trade and investment issues. Moreover, it’s been the United States, the European Union, Japan and the United Kingdom, with whom China initiated high-level economic dialogues.

China’s journey to the internationalization of its currency is mostly centered on its central bank. The People’s Bank of China has been in charge to widen the spectrum of the uses of the renmimbi in the Asian region and beyond. This journey to the renmimbi’s internationalization has seen two key protagonists taking the lead. In 2005, under the governorship of Zhu Rongji, who decided to abandon the renmimbi’s pegging to the US dollar that initiated the fluctuation of renmimbi within a closely managed band. Later, it was under the governorship of Zhou Xiaochuan, who – knowing the limits of the RMB full convertibility – has managed the international use of the renmimbi, sooner and larger than many observers expected. Whether the short or long timetable of the full renmimbi’s convertibility prevails, time has come for other currencies to adapt to the arrival of the renmimbi as a full-fledged global currency.

There are many indications that the renmimbi is set to surpass all other international currencies on its way to the ‘top’ to sit there quite comfortably alongside the US dollar and the Euro as the third global currency, and even, if the circumstances allow, to become the top currency on the cusped of the pyramid. To this end, we can question how much the coming tri-polar system could be regarded as the ‘new normal’ in a world where there are clear uncertainties overhanging the dollar and the euro and where regional economies are becoming more important?

The expansion of the globalization processes in terms of increasing interdependence and interconnectedness could well be reaching a defining moment in which globalization, as we know it, is no longer a governable system. As Nobel Herbert Simon asserted, the growth of complexity is not an everlasting process. At a given point, it collapses returning to its previous state of fragmentation or orderly giving rise to a sub-system. Likewise the pyramidal or centripetal currency system centered on the US dollar, inherited from sterling-centered 19th century currency system, is now in the phase when it could collapse into its previous stage of fragmented national currencies or glue around three or more global currencies.

Asia, the most dynamic economic and financial region in the world, is often seen as the backyard of China. China’s weight, performance, leadership and the People’s Bank of China (PBoC) – and its national currency, the renmimbi – are closely watched by its neighbors who may increasingly turn to renmimbi perceiving it as a more reliable store of value than the Federal Reserve in Washington, D.C. The tri-polar or multi-polar currency system does not imply that each currency is endowed with equal qualities in terms of financial depth, store of value, and availability. Well-managed portfolios, especially the likes of central banks, would likely distribute risks and benefits among currencies with different qualities in a game of offsetting losses and gains. This development is also watched closely by the European Central Bank, as confirmed by Ewald Nowotny, the ECB Council member, who, while seeing a ‘tri-polar’ global currency system developing between Asia, Europe and the U.S., is also skeptical that the U.S. dollar’s centrality can be revived: “What I see is a system where we have more centers of gravity. I see for the future a tri-polar development, and I don’t think that there will be fixed exchange rates between these poles.”

This article draws the author’s paper titled “The Diffusional Upshots of the Financial Crisis. USD, EUR and RMB: Will the Crisis Spawn a Tri-polar Currency System?” that was presented at the ISA Convention, San Francisco, 3 April 2013.