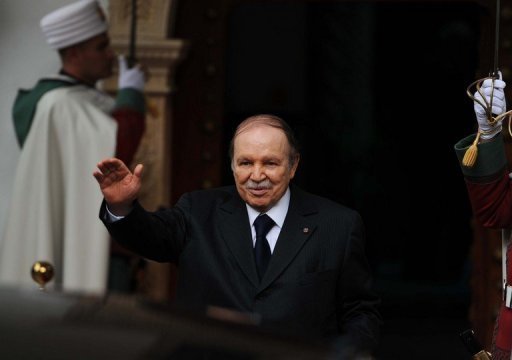 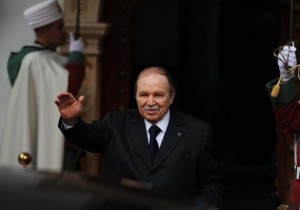 The health of Algerian President Abdelaziz Bouteflika who suffered a stroke and was flown to Paris on Saturday for further medical check-ups has raised speculations as to the political future of the country which seems in limbo.
The health condition of President Bouteflika who was expected to run for the presidential elections scheduled in about a year could upset the whole political agenda in case of a vacuum of power and raises fears as to the very political stability of the country.
Although the Prime Minister’s Office said that after the additional medical examinations President Bouteflika underwent at Val-de-Grâce hospital in Paris, his condition does not raise “any concern” and that “the transient ischemic attack (mini-stroke) has had no sequel”, speculations did not stop and some commentators raised the problem of his ability to govern the country for the coming months even if he recovers, as the coming period is deemed crucial in view of the Constitution Reform under discussion and the preparation of the 2014 presidential elections. As to Bouteflika’s own candidacy to a fourth presidential term, it seems utterly compromised.
Observers see in the announcement of Bouteflika’s stroke by the Presidency, which is something new even if the president’s health had been subject to speculations for years, a hint to the seriousness of the condition.
However, while some analysts fear a power vacuum others assure that a new political dynamic will emerge during the transition period that will be undoubtedly marked by a fierce political competitiveness and where the shadow presidency of generals will no longer be the only deciding voice.
According to some other Algerian affairs pundits, a third path may have already been drawn by those who want to maintain the political status-quo and stay at the helm of power. These genuine decision-makers might have already reached a compromise and chosen the person who will succeed Bouteflika.
If that scenario really exists, it raises many questions. Will that future candidate gain the support of the entire Algerian political spectrum? Nothing is less sure as the Islamists and the Democrat parties, mainly the FFS,(Front of Socialist Forces) and the RCD (Union for Culture and Democracy) will not accept as a matter of fait accompli a president chosen in the corridors of power and not in democratic elections.
Will Algeria live the same scenario as in 1991 when the Islamic Salvation Front (ISF) was prevented from winning the elections or will the army be this time more cautious and avoid the risk of an open intervention in the country’s political life? What is sure is that the country has entered a period of expectancy.
Abdelaziz Bouteflika, 76, was first elected in April 1999 as Algeria’s fifth President after years of extreme violence between security forces and Islamist groups.
The man who had been active in his country’s political life since the independence struggle, was re-elected for a second five-year term in 2004 and in 2009 for a third term that is due to end in April 2014.
He presided over the end of the bloody Algerian Civil War in 2002, but he only ended emergency rule in February 2011 amidst regional unrest.
Amidst the Arab Spring protests, Algerian demanded a regime change and solutions to the problems of unemployment, corruption, restrictions of freedom of speech, and poor living conditions. But the nightmare of the Civil War spared the regime violent protests as what happened in neighboring Tunisia and Libya.