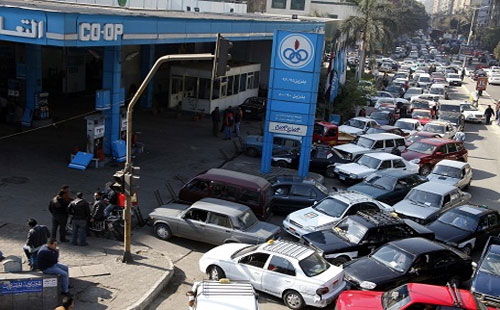 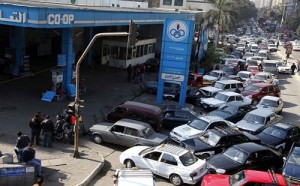 Two senior officials in the Libyan oil ministry have claimed that Libya could be exporting $1,2 billion worth of crude oil at world prices, but on interest-free credit for a year to Egypt, in order to save the country from fuel shortages with the government finding it difficult to honor energy importation dues. These importations on soft credit terms can begin as early as next month.
Egypt has not been buying crude oil in the open market since January, and many international companies have decided to reduce their oil supplies to the country out of fear for non-payments, as the government already owes them more than $5 billion. According to oil ministry sources, Libya is planning to ship one to two cargos a month for refining in Egypt as part of a deal that that involves 12 million barrels of crude for a year. The deal is estimated to be worth around $2 billion by the Central Bank.
Officials from Libya’s National Oil Corporation (NOC), refused to shed light on the deal when contacted for confirmation, but an official at the oil ministry confirmed that a million barrels per month with a deferred payment for 12 months without interest will be starting from the first half of May. He went on further to say that negotiations are still going to determine the type of oil to be sent and the duration of the shipments.
Officials claim that Libya will be exporting Sirteca, the cheapest of all the country’s grades, at world prices. One of them described Egypt’s present condition as a “very bad” situation and added that “if necessary they can take up to a year to pay” for each delivery. He described Tripoli’s generosity as “human nature.”