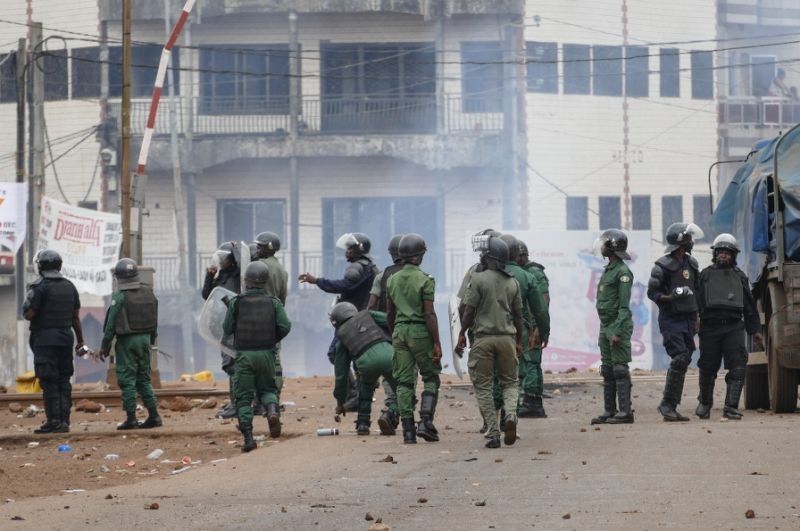 Police in Guinea crack down on anti-Conde protests 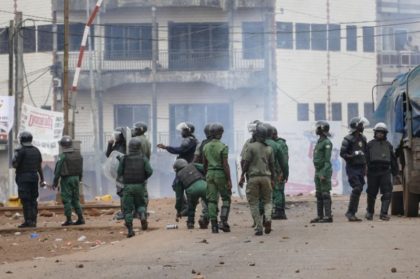 Guinean security forces have arrested several civil society leaders ahead of protests against a planned constitutional review that many fear would allow President Alpha Condé to run for a third or even fourth term in office.

The Guinean constitution, adopted just nine years ago, limits the president to two five-year terms. Condé’s second term ends in 2020, but he has repeatedly hinted that he wants a longer stint in the presidential palace.

Opposition parties, civil society groups and trade unions have formed the National Front for the Defense of the Constitution, a political platform designed to prevent any tinkering with the Constitution.

Conde, 81, was first elected in 2010 in the country’s first democratic transition of power since independence from France in 1958. He asked his government last month to start consultations on possible amendments to the constitution.

Authorities said a gendarme was killed during Monday’s clashes while relatives and a doctor confirmed the deaths of four protesters.

Pockets of violence erupted around the outer districts of Conakry, with some demonstrators setting up barricades, burning tires and throwing stones.

Legislative elections should have been held last year, but were indefinitely postponed.

Conde has called for them to be held by the end of the year. The head of the national electoral commission has proposed staging them on December 28, but opposition representatives on the panel say the date is unfeasible.

North Africa Post's news desk is composed of journalists and editors, who are constantly working to provide new and accurate stories to NAP readers.
NEWER POSTWPC: Total urges states to take action in CO2 reduction
OLDER POSTMorocco Foils Smuggling of about 6 Tons of Cannabis at Guergarate; 2.2 tons at Tanger-Med