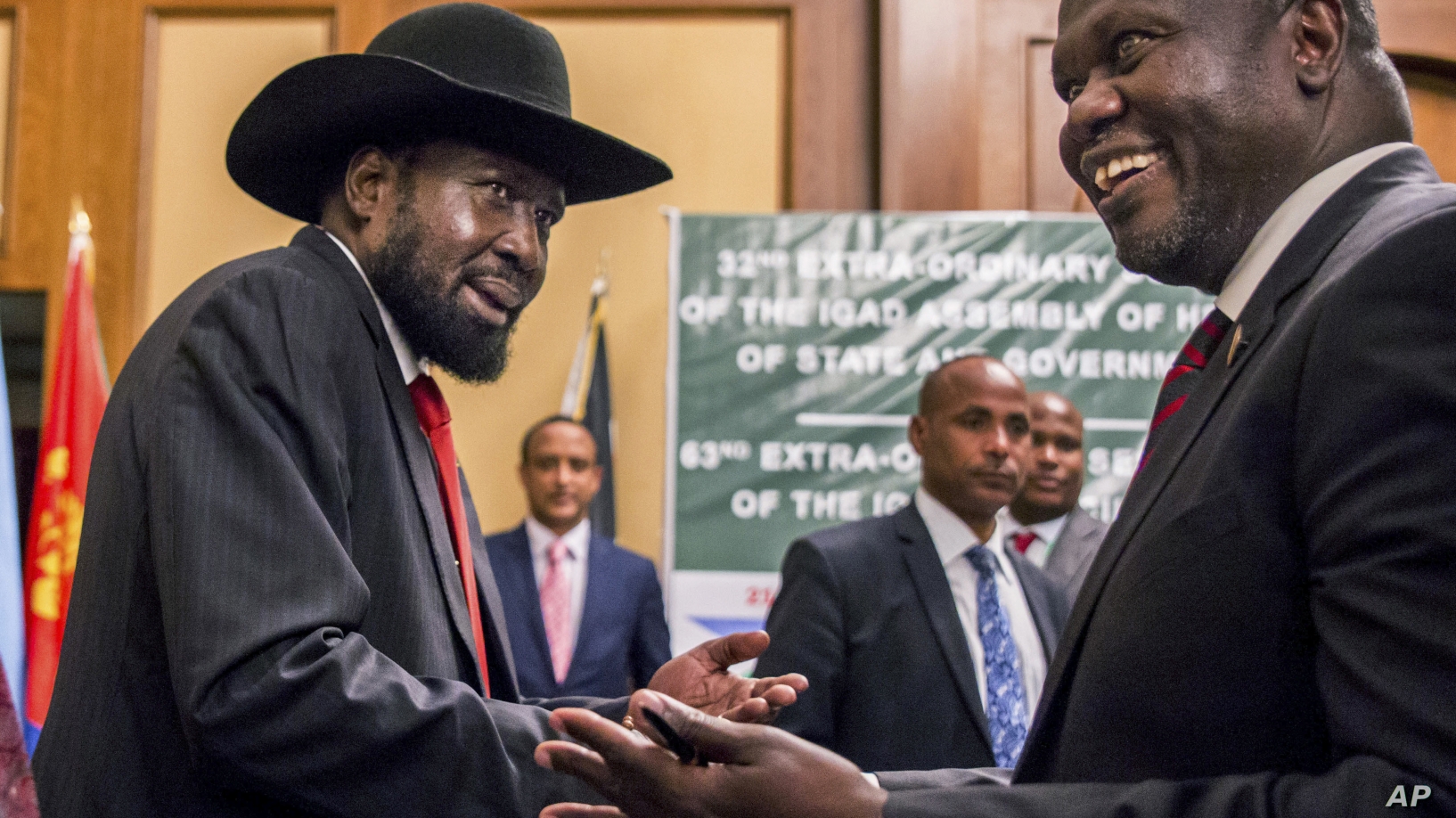 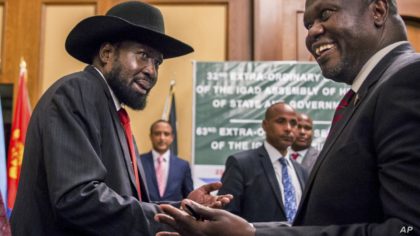 The two leaders met in Juba to discuss security matters and other issues ahead of a November 12 deadline for forming a unity government.

The two men signed a pact a year ago to end a civil war that has killed hundreds of thousands of people, displaced a third of the population and wrecked the economy.

However, the implementation of the accord had been delayed by several disputes. A key provision of the peace deal was the integration of former rebels into the army, which has still not occurred. The government says it does not have enough money.

According to Michael Makuei Lueth, the information minister, the parties discussed minor issues and the principals agreed to establish transitional government by November 12.

South Sudan became the world’s newest country in 2011 when it split from Sudan after decades of civil war.