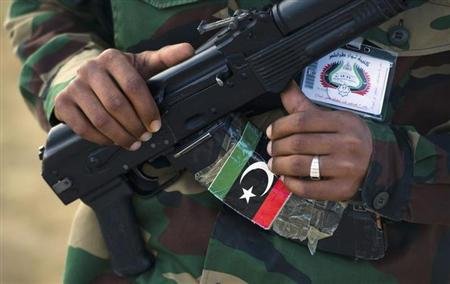 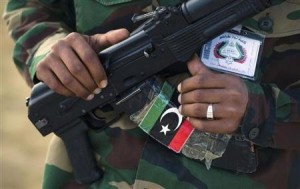 A UN panel has sounded the alarm bell over the growing illicit flows of arms from Libya into West Africa and several Middle-eastern countries enhancing the arsenals of a range of non-state actors, including terrorist groups.
“In the past 12 months, the proliferation of weapons from Libya has continued at a worrying rate and has spread into new territory by land and Sea “, says the UN panel in its the 94-page investigative report submitted lately to the U.N. Security Council.
The five-member expert panel visited 15 countries in Africa, Europe and the Middle East including Libya. The report asserts that illegal transfers of arms from Libya to armed groups and terrorists have been made. It cites arms trafficking cases that violate the embargo imposed on Gadhafi regime.
The panel identified the countries which violated the embargo by sending to Gadhafi army light and heavy weapons including portable air defense systems, mines, explosive materials, ammunition and small arms.
“Libya has over the past two years become a significant and attractive source of weaponry in the region”, since the fall of Libyan dictator Muammar Gadhafi in 2011, says the document, affirming that “the lack of an effective security system remains one of the primary obstacles to securing military materiel and controlling the borders”.
According to the panel, “the lack of political and security stability, the continuing absence of control over stockpiles by the national authorities and delays in disarmament and weapons collections encourage illicit trading and have generated considerable money-making opportunities for traffickers”.
It says that significant illicit quantities of arms are regularly sent to Egypt, Gaza strip and the Sahel, while less regular transfers of weapons are made to Chad and Syria.
The panel urges concerted international and regional actions to limit and efficiently deal with the fallout of post-Gadhafi outpouring of arms igniting regional conflicts and serving only the agenda of extremist armed groups taking advantage and feeding on the Arab Spring uprisings to enhance their positions.
CATEGORIES FeaturesHeadlinesLibya
Share This