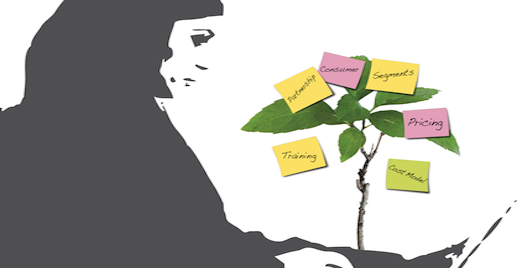 Poverty, Inequality and Safety Nets in the MENA Region

By international standards, extreme poverty or destitution is relatively low in the countries of North Africa. According to the World Bank, the number of those living below 2 USD a day was 13.9 percent in 2008, which would make the region of Middle East and North Africa (MENA) the fourth poorest region in the world after sub-Saharan Africa, South Asia and East Asia.

However, only 2.7 percent of the MENA population lived below 1.25 US$ a day in the same year, which would conversely make the North Africa and Middle East region the world’s second richest grouping of countries after the OECD. The poverty rate in the MENA has been steadily on decline since the 1990s in relative terms, yet the absolute number of those who managed to escape extreme poverty has been increasing due to the population growth that crowded out the poverty alleviation.

High economic growth rates had been having a positive effect on the fight against poverty until the onset of the Arab Spring brought a halt to these positive developments. The ensuing socio-political difficulties in the region that have been recently combined with the “eurocrisis” have not yet managed to resume the process of poverty alleviation, and have likely triggered the process of “poverty re-structuring”. Poverty is still present in the MENA region and its primary bearers are usually “losers” of economic growth, such as the illiterate, rural dwellers or large families with many dependents. Yet, the region is not typically regarded as the hub of poverty, which demonstrates also the amount of Official Development Assistance (ODA) that reaches the MENA region. In 2010, ODA represented only 0.1 per cent of Egypt’s GNI, 1.1 percent and 1.3 percent of Morocco’s and Tunisia’s GNI respectively. In other words, the region seems to be steadily moving from poverty to inequality.

Based on the Gini Index, the coefficient measuring income distribution in the country between 0 and 1, with the latter being perfect inequality, most MENA economies find themselves somewhere between 0.3 to 0.4 though these figures show upward tendencies. Moreover, a study by the World Bank suggests that both poverty and inequality rates seem to respond to the business cycle. Especially in the periods of economic slow-downs, certain groups – such as young females entering the workforce – usually experience difficulties. Needless to say that female labor force participation rates as such are rather low, being somewhere around 25 percent. This impact of economic development on social welfare is very likely to put more pressure on the enhancement of safety nets to shield the disadvantaged against crises.

These developments in social structure have been already addressed in the form of few social security programs across the MENA region. The region has, for example, an existing pension system that is, according to Ms. Fiona Stewart of OECD, still “on an early stage of development with retirement provisions remaining largely in the realm of family”. However, changes in income distribution are prompting reforms that are currently taking place across the countries. In Egypt, for instance, there are different mandatory benefit schemes for workers across sectors along with about 600 voluntary schemes sponsored by employers. Unfortunately, the coverage rate is very low, hovering around 30 percent both in Egypt and the rest of the MENA region. The nascent pension system, however, faces also the lack of institutional and regulatory support as well as low funding rates. Moreover, the system covers, by and large, only middle- and high-income workers, who constitute a minority of the workforce in the MENA region. These types of workers are also often insured against unemployment through unemployment benefits varying from mandatory contributory or non-contributory coverage, but only 20 percent of the workers are legally in the scheme. Moreover, it is important to note that the region does not have any voluntary unemployment coverage.

In summary, the World Bank generally recommends a variety of policies to enhance the system of safety nets in the region. The improvement of financial stability and incentives is at the heart of proposals, but the mitigation of the impact of all ongoing reforms on women is also of significance. Furthermore, MENA region should also make more effort to strengthen governance and administration, and widen, as well as diversify, the coverage of social programs.

North Africa Post's news desk is composed of journalists and editors, who are constantly working to provide new and accurate stories to NAP readers.
NEWER POSTIn Tunisia: Here They Go Again On Their Own
OLDER POSTLibyan Weaponry Fueling Regional Conflicts