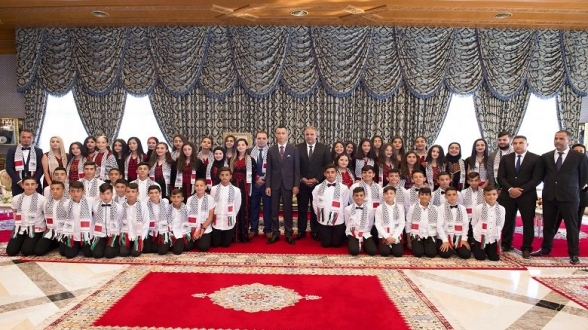 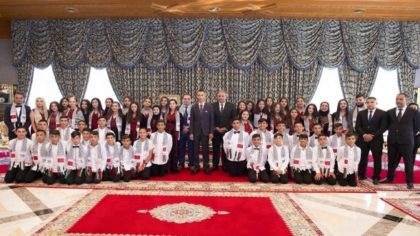 Crown Prince Moulay El Hassan received, Thursday, in Rabat, the children from the holy city of Al Quds who are taking part in the 12th edition of the Summer Camps organized in Morocco by Bayt Mal Al-Quds Agency under the patronage of King Mohammed VI, President of the Al-Quds Committee.

Fifty Palestinian children aged between 11 and 13 are participating in the summer camps 12th edition, dubbed “Princess Lalla Asmaa”, after the name of the King’s sister.

This year’s edition, held August 15-28 in the cities of Casablanca, Rabat, Tangier and Tetouan, features recreational and educational activities, artistic and sports competitions, and self-expression workshops. Study trips and visits to Moroccan children in holiday camps are also on the program.

The summer camps are organized annually by the Bayt Mal Al-Quds Agency for the benefit of the children of the Holy City. They are part of Morocco’s efforts to initiate social programs and projects that have a direct and tangible impact on the population of the city, particularly women, children and people in difficult situations.

The projects and initiatives conducted by the agency reflect the King’s unwavering support to the holy city and its inhabitants.

North Africa Post's news desk is composed of journalists and editors, who are constantly working to provide new and accurate stories to NAP readers.
NEWER POSTSpain grants Morocco a €32.2 million aid to control irregular immigration
OLDER POSTThe oldest stegosaur ever has been discovered in Morocco