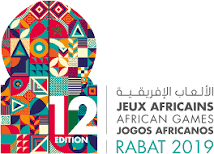 The Confederation of African Football (CAF) Sunday handed the Moroccan U20 team the victory in their fix with South Africa by forfeit after the Bafana Bafana reportedly turned out late.

The match scheduled Friday did not go ahead and the African football body gave a 3-0 walkover to Morocco.

CAF according to Nigeria-based Brila.net, decided to give victory to Atlas Lions because South Africa presented a U23 team instead of U20 per the regulations of the tournament. The team face disqualification.

Both countries are lodged in group A including Nigeria and Burkina Faso. Nigeria drew with Burkina, 1-1.