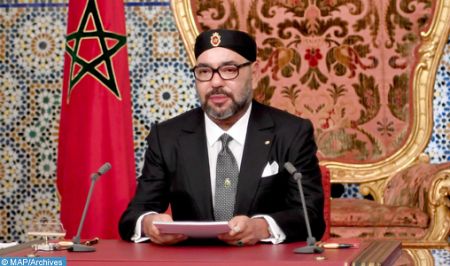 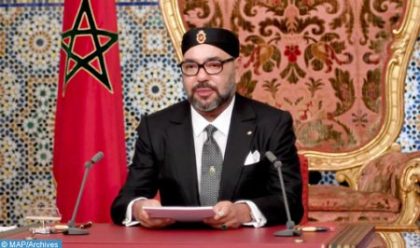 King Mohammed VI delivered a speech on the occasion of the twentieth anniversary of the Throne day stressing on the need for adding impetus to the already launched reforms, injecting new blood in the government and improving the country’s attractiveness to foreign investments.

“Our main ambition is for Morocco to join the ranks of developed nations,” said the King.

All national institutions and actors concerned should be involved in injecting fresh momentum into economic and social development in our country, said the monarch.

He said defending the interest of the homeland and the citizens should not be ink on paper but should rather be materialized on the ground through “collective mobilization.”

In his speech, he said that Morocco braces for a new phase of a development model that build on past achievements to tackle social inequalities and regional disparities.

“The new phase will see projects of a different type. They will require qualified elites in all managerial and executive positions,” he said.

“New life will have to be injected into institutions and political, economic and administrative bodies, including the Government,” said the monarch.

He asked the head of the government to submit, after the summer break, proposals to fill executive posts in the Government and the civil service with high-level national elites chosen on merit and competence.

“I simply want to make sure the new phase is a success thanks to people with a different mentality and officials who are capable of raising performance levels and bringing about the radical change we are yearning for,” he said.