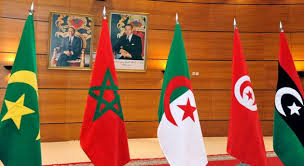 King Mohammed VI reiterated his call on Algeria to join hands in order to face the joint security and development challenges.

“I wish to reaffirm our sincere commitment to the policy of the outstretched hand towards our Algerian brothers, out of loyalty to the bonds rooted in brotherhood, religion, language and good-neighborliness that have always existed between the peoples of the two sister nations,” said the Monarch in a speech on the twentieth anniversary of the Throne Day.

The King pointed to the “sincere and spontaneous manifestations of friendliness and support” expressed by Moroccans for the Algerian national football team at the African Cup of Nations held in our sister country, Egypt.

“Moroccans shared in the Algerian people’s joy and pride when their national team deservedly won the Cup. It was as if Morocco had won, too,” he said.

Because of such an awareness and of the belief in common destiny as well as the same historical and cultural heritage shared between the two countries, “we are optimistic and hopeful that we can work for the fulfillment of Maghreb peoples’ aspirations for unity, complementarity and integration,” said the monarch

The Monarch had called on Algeria in November 2018 for a dialogue to iron out all the differences marring bilateral relations.

King Mohammed VI had then deplored the state of Moroccan-Algerian relations and called for a direct and frank dialogue in order to settle the transient and objective differences impeding the development of relations between the two countries.

He also suggested the establishment of a mechanism for dialogue and consultation to break the stalemate in bilateral relations.