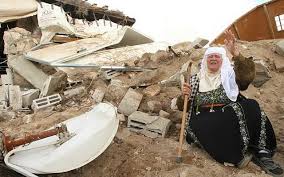 The Moroccan government has strongly decried the demolition by Israel of Palestinian buildings in East Jerusalem, saying the move violates international law and undermines the peace agreements signed by the Palestinian Authority and Israel.

The remarks were made Thursday in Rabat by foreign minister Nasser Bourita who expressed Morocco’s “firm condemnation” of the demolition by the Israeli authorities of houses belonging to Palestinian citizens in Oued al-Homs south of the occupied Al Quds.

“Morocco flatly rejects all unilateral measures likely to change the historical and legal status in Al Quds, to stir feelings of despair and disappointment among the Palestinian people and to undermine the Middle East peace process”, said Mr. Bourita.

He renewed the support and solidarity of Morocco and King Mohammed VI, chairman of Al Quds Committee, with the Palestinian people in defending their just cause and recovering their legitimate rights to an independent State on the basis of the borders of June 4, 1967 with Eastern Al Quds as capital, and within the framework of the two-state solution.

Morocco’s top diplomat also called on the international community to counter this Israeli provocative move which comes after a series of unilateral measures that undermine the values of tolerance and peaceful coexistence.

Palestinian President Mahmoud Abbas announced on Thursday the suspension of all agreements signed with Israel, describing the Israeli move as an act of “ethnic cleansing”.

“We will not bow to dictates and imposing of a fait accompli by force in Jerusalem and elsewhere,” added Mr. Abbas, stressing that “there is no peace, no security and no stability in our region and the whole world without our Palestinian people achieving their full rights”.

At the United Nations, the United States blocked a draft statement, warning that the demolition “undermines the viability of the two-state solution and the prospect for just and lasting peace.”

The statement also accuses Israel of using security as a pretext to force Palestinians out of the area as part of long-term efforts to expand Jewish settlements. All settlements on occupied Palestinian lands are illegal under international law.