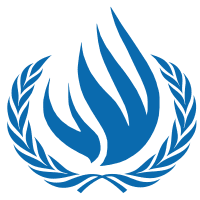 Moroccan Mohamed Charef has been elected lately member of the Migrant Workers Committee (CMW) during the 9th meeting of States parties to the Convention on Migrant Workers convened in New York.

Six other candidates were also elected to the CMW, an independent body that monitors implementation of the International Convention on the Protection of the Rights of All Migrant Workers and Members of Their Families (ICRMW) by signatory countries.

Mohamed Charef is a university professor and chairman of the regional commission of human rights of Agadir. He is an expert in management of migratory flows and works as an international consultant on policies related to employment, economic development and socio-professional integration of migrants.

The members of Migrant Workers Committee are elected for a four-year mandate and may be re-elected if nominated. The Committee meets in Geneva and holds two sessions per year. It reviews periodic reports on the situation of migrant workers in the world and makes recommendations for the protection of these rights and respect of the ICRMW provisions.

This Convention, which entered into force in 2003, is a comprehensive international treaty focusing on the protection of migrant workers’ rights.

It grants a fairly broad series of rights to all migrant workers and members of their families, irrespective of their migratory status, sex, race, color, religion, political opinion, nationality, ethnic, or social origin.