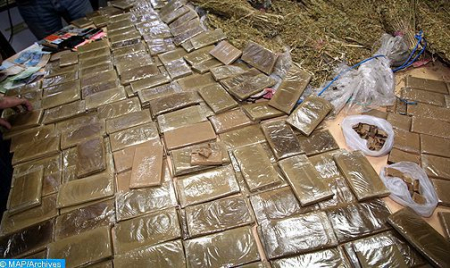 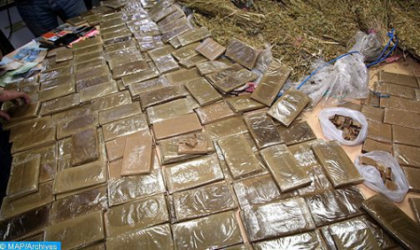 The police seized in the town of Izzan (province of Nador) a truck with false registration plates, loaded with cannabis resin, and arrested three suspects with criminal records, national police said in a statement.

One of the three suspects was under a national arrest warrant for organizing illegal immigration operations and human trafficking, the statement said.

Search operations enabled the seizure of a car with false registration plates as well as knives and a sword. Ten car plates registered in Morocco were also seized.

The suspects were remanded in custody while investigations are underway to determine all the ramifications of this criminal network and to identify all the people involved in this drug trafficking operation.