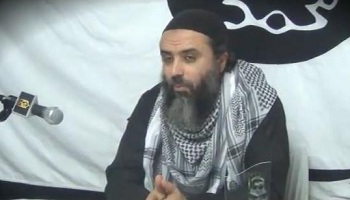 The UN has placed on its terror blacklist 26 Tunisian citizens and 3 organizations following an update of the list of people connected to terrorism around the world.

The UN Security Council sanction committee Wednesday reviewed the list and placed the Tunisians and the organizations on its backlist.

Head of the national counter-terrorism commission, Mokhtar Ben Nasr, told state-run news agency TAP that Seifallah Ben Hassine, aka Abou Iyadh, is on the list. The three organizations are Ansar Al-Charia, the Fighting Tunisian Group and al Qaeda in the Islamic Maghreb.

The North African country has witnessed a surge in terrorism in the aftermath of the 2011 revolution. The Islamic State group (ISIS) in 2015 claimed responsibility for the three deadliest attacks ever occurred in the country.

Close to 5,000 Tunisians had left their country to join terror groups, including ISIS, in hotbed conflict zones. Hundreds of them had come back while an important number has been reported killed.

Two Tunisians have been removed from the updated list despite demand by Ben Nasr to keep the two men on the blacklist because they are still a threat to security in Tunisia and in the region.

The UN list is smaller than the state-drawn one, which counts 103 individuals and organizations. The national list was last published in November, Tunis Webdo reports.