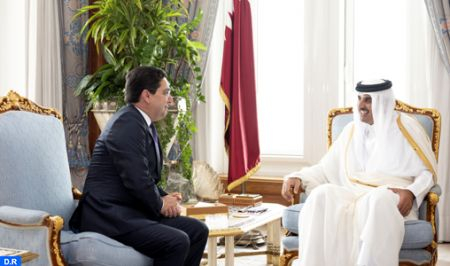 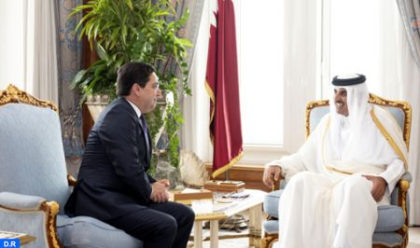 Moroccan Foreign Minister Nasser Bourita who is carrying messages from King Mohammed VI to the rulers of the Gulf countries carried on his Gulf tour with a visit to Doha this Thursday.

Upon arrival in Doha, Bourita was received by the Emir of Qatar, Sheikh Tamim Bin Hamad Al-Thani, to whom he conveyed the royal message dealing with bilateral relations and the situation prevailing in the region.

The Gulf rulers asked the Foreign Minister to convey their greetings and consideration to King Mohammed VI and their wishes for more progress and development to the brotherly Moroccan people.