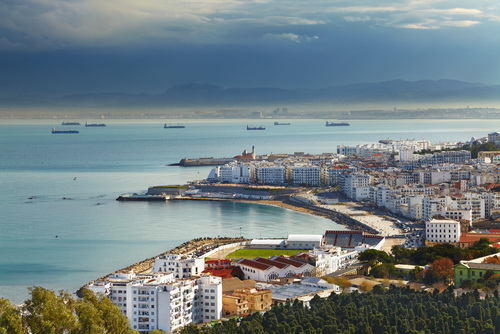 Algeria: Still room for growth but need to absorb unemployment 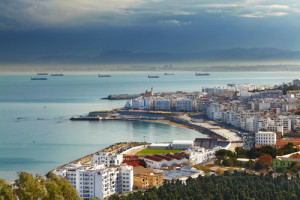 The managing director of the International Monetary Fund (IMF) Christine Lagarde on her current visit to Algeria said that the country still has room for growth but needs to reduce unemployment. She made these remarks shortly after having a meeting with President Bouteflika, Prime Minister Sellal, Governor Mohammed Laksaci of the central bank and other senior officials.
Managing director Largarde said she was satisfied with Algeria’s achievements in the last 10 years. She pointed out that the international economy is undergoing difficult times but she maintained that “the growth (of the Algerian economy) should remain vigorous, between 3 and 3,5% during the next 2years.” She said although the country possesses “an important potential,” it has to curb its rising inflation and reduce the level of unemployment. She added that the country has to deal with “many challenges” most of which concerns the young and women.
After showing her appreciation of the Algerian economy, the IMF managing director called on authorities to encourage the participation of the youth in the economy by improving their access to the labor market by offering them appropriate training.
She also highlighted that the government can’t “spur inclusive growth” and reduce unemployment without the participation of the private sector which needs “a new awakening.” Lagarde went on to further say that “structural reforms to enhance the business climate, attract foreign direct investment, deepen the financial sector and equip the workforce with needed skills will be key” to such objectives.
The economy has been estimated to have grown by 2,5% in 2012. The government is being encouraged to “take additional measures to preserve macro-economic stability and ensure long term budget viability.”
She finally congratulated Algeria for its achievements and described the cooperation between them as being “fruitful and deep.”

North Africa Post's news desk is composed of journalists and editors, who are constantly working to provide new and accurate stories to NAP readers.
NEWER POSTAfrica: quality data access and decision making
OLDER POSTTunisia: How to overcome the shaky finances?