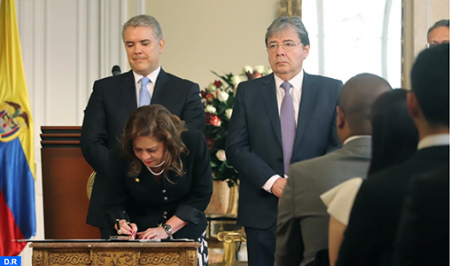 Morocco: Columbia names new envoy as Bogota steps up relations with the kingdom 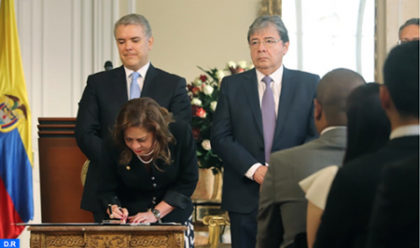 Columbia has appointed a new chief of its diplomatic mission in Rabat as the Latin American country raises the level of relations between the two countries with Bogota’s full support to Morocco’s territorial integrity and recognition of its sovereignty over the disputed territory of the Sahara.

Del Pilar Gomez will head the Columbian mission in Morocco after she received her accreditation letter from President Iván Duque Marquez as extraordinary and plenipotentiary ambassador to the North African country and after she was sworn in on Tuesday in Bogotá.

Lawyer by training with a background in international relations, Gomez is a veteran diplomat who served as General Consul in Brussels, and Maracaibo in Venezuela. She also worked as a staffer in the Columbian embassies in the Netherlands, Czech Republic and Venezuela.

Gomez will be a full ambassador not a chargé d’affaire meaning the rise in the level of relations between the two countries.

Both countries have established diplomatic relations since January 1, 1979 and have cooperation agreements in several domains including education, trade, tourism, sports and culture.

Over the past two years, the Colombian Congress (Parliament) has adopted four resolutions in support of the territorial integrity of the Kingdom and the Moroccan autonomy initiative for the Southern Provinces.

In January this year, a group of Columbian senators reaffirmed the South American country’s support for Morocco’s territorial integrity, and reiterated its position in favor of a “political, fair and lasting” solution to the Sahara issue.