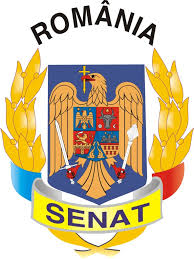 Călin Popescu Tăriceanu was scheduled to visit the kingdom 27-31 March for official meetings with the speakers of the two chambers of the Moroccan Parliament in the framework of the Moroccan-Romanian parliamentary friendship group.

According to a statement of the Romanian Senate, reported by the local Insider newspaper, Popescu cancelled a visit to Morocco, after Rabat asked to postpone it, following the announcement made by Prime Minister Viorica Dăncilă from Washington on March 24 that she would transfer the Romanian embassy in Israel from Tel Aviv to Jerusalem.

She made the announcement at a conference in Washington, held by the American Israel Public Affairs Committee (AIPAC), the most prominent and influential pro-Israel lobbying group in the United States.

Romanian President Klaus Lohannis rejected the announcement, saying that he is the only one who has the authority to do so and that the Prime Minister “has proved her ignorance of foreign policy on the issue of Jerusalem.”

King Abdallah II of Jordan, who is currently on a state visit to Morocco at the invitation of King Mohammed VI, has also called off a visit he was to pay to Bucharest Monday following Dăncilă’s unpopular decision.

The Royal Hashemite Court said in a statement published on Monday that King Abdullah II has decided to cancel a scheduled visit to Romania after Dăncilă’s declaration on the transfer of her country’s embassy to Jerusalem.

Relatedly, the Jordanian Businessmen Association (JBA) announced in a statement issued on Monday the freezing of the agreement signed in 2013 with the Federation of Romanian Chambers of Commerce and Industry.

According to the Jordanian News Agency (Petra), the Jordanian-Romanian Business Forum that was scheduled to be held on the sideline of the royal visit with the participation of private sector representatives from both countries was reportedly cancelled.

The United States and Guatemala officially moved their embassies from Tel Aviv to Jerusalem in May last year.

The move was condemned by the international community, while the Palestinian leadership cut off its contacts with Washington.

Both King Mohammed VI and King Abdullah rejected the embassy transfer, emphasizing the status of the city as the future capital of the Palestinian state.