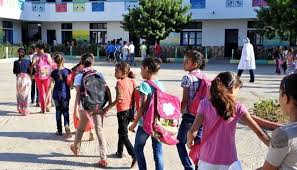 The Moroccan government warned that the teachers demanding inclusion in the civil service will be sacked if they do not return to their classrooms after a four-week strike.

Education Minister Saaid Amzazi who was speaking at a press conference together with government spokesperson said that the teachers have created an illegal coordination that has been forcing other colleagues to leave work and take into the street demanding permanent jobs.

The minister added that regional academies started sacking the protest leaders who force other teachers to leave classrooms adding that trainee teachers will be immediately replaced by their peers in the waiting list.

Some 15,000 trainees are currently receiving a scholarship before they start working while 55,000 teachers have been hired by regional academies as Morocco moves into a regionalization plan.

Government coalition parties have also backed the education ministry’s moves to secure the functioning of public schools as the strike continues for its fourth week affecting some 400,000 students, 7% of Morocco’s total students.