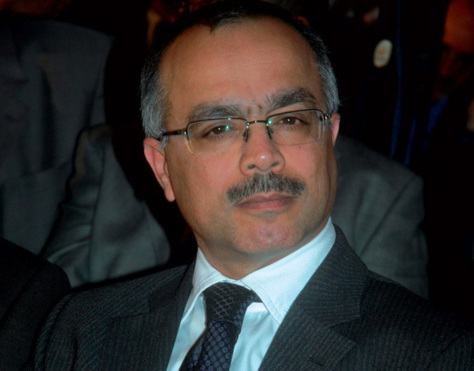 Chakib Benmoussa, a brilliant businessman, skilled technician and smart politician has been appointed Morocco’s ambassador to Paris, a position that remained vacant since October 2011.
The former Minister of the Interior will also represent the North African Country to Andorra and Monaco.
The rumour about his appointment to the position has been circulating for months and was only confirmed on Friday.
Chakib Benmoussa, known for his rigor as well as for his human qualities, was born in Fez in 1958. He graduated from École Polytechnique of Paris in 1979 and from École Nationale des Ponts et Chaussées in Paris in 1981. He is also holder of Master of Science from Massachusetts Institute of Technology (1983).
Between 1989 and 1995 he worked as an executive at the Ministry of Equipment and Transportation, then as the Secretary General of the Department of the Prime Minister (1995-1998) and President of SONASID (1998-2000), a state-owned steel company based in Nador. In 2000, he became member of the Executive board of the royal holding, ONA, and CEO of Brasseries du Maroc. His professional career in the private sector was a real success.
By the end of 2002, he was called back to the public service as Secretary General of the Ministry of the Interior and in February 2006 he was appointed Minister of the Interior, a position he held until early 2010.
During this four year tenure, he supervised the organization of two polls, namely legislative elections in 2007 and municipal elections in June 2009.
For the first time in the history of elections in Morocco, these legislatives were monitored by over 40 monitoring groups, which all confirmed, along with local monitors, that the elections were conducted in a fair and transparent manner.
In February 2011, he was appointed President of the Economic, Social and environmental Council (ESEC), a body entrusted with searching for collective, innovative answers to the major development challenges facing up the country. When recalling this appointment in a speech he delivered two months later, King Mohammed VI of Morocco underlined the man’s “competence, integrity and experience”.
Chakib Benmoussa’s rigor, talents and human qualities are recognized by many Moroccan politicians, economists and academics and his advice is often sought. The Head of the Government, Abdelilah Benkirane, is also said to hold Benmoussa in high esteem and to have consulted regularly with him on economic and social issues when he was chairing the ESEC.
Many commentators said Chakib Benmoussa as ambassador to France is the right man in the right place who will surely succeed in his new mission and consolidate further the longstanding relations between Morocco and France.