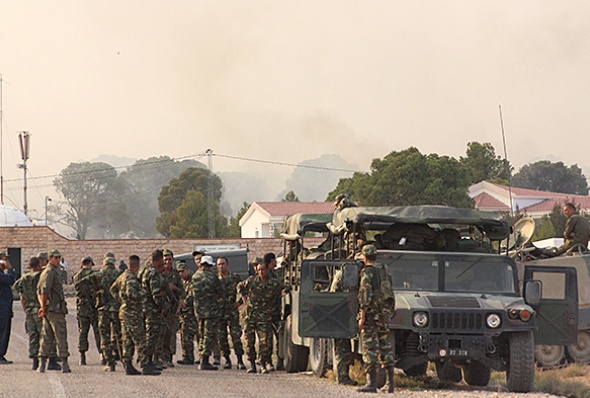 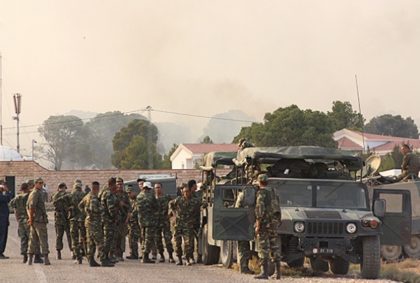 Three terrorists, affiliated to the ‘Jund al-Khilafah’, were killed in an operation launched Tuesday night by Tunisian National Guard units in the closed military zone of Mount Salloum, governorate of Kasserine, near the Algerian border, according to a preliminary toll announced by a local security source.

“The terrorist group holed up in Mount Salloum whom the security units had ambushed for several days,” the security source told TAP.

The number of terrorists killed could be revised upwards, the same source said, adding that all security units on the ground “are safe and sound” and that combing operations are still underway.

“Mobile phones and infrared binoculars were also seized,” he added.

Two smugglers concealed 12-millimeter and 16-millimeter cartridges in a car, in an attempt to smuggle these ammunition rounds into Algeria.

The two smugglers refused to obey orders to stop by the border guards and fled the scene, leaving behind their vehicle.

The mountains situated near the border with Algeria have been safe haven for terror groups including the Islamic State group.

TAP had reported earlier that two people were arrested Sunday in Bizerte over membership of a terrorist organization.

The first, 26, was apprehended over alleged ties with a terrorist organization, while the second, 31, is wanted on terrorism charges, TAP said.

The North African country has been grappling with a surge in terrorism since the removal of autocratic leader Zine Abidine Ben Ali in 2001.

ISIS claimed responsibility for the attacks.