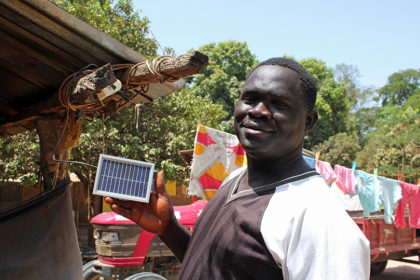 The European Investment Bank (EIB), the World Bank and the European Union (EU) will support a renewable energy program worth about €142 million in Gambia.

The program will ensure that 1,100 rural schools and health centres will benefit from an energy supply using solar and battery technology.

The European Union will provide €106 million.

The project will also be supported by €35.7 million financing from the World Bank.

The project will be implemented by Gambian electricity utility company NAWEC and will increase energy supply in the Gambia by one fifth. It is also expected to transform electricity access in rural communities through construction of a new photovoltaic plant at Jambur near Banjul, a new power transmission and distribution infrastructure.

The new engagement represents the first European Investment Bank engagement in Gambia since 1991.