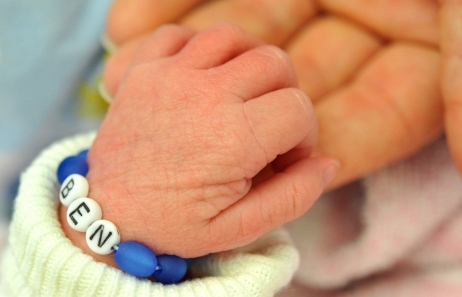 Toddler with HIV Cured, Hope in Fight against AIDS Rises

A two-year-old baby born with the HIV, in Mississippi State, appears to have been cured by US doctors, raising hope worldwide in the fight against the acquired immunodeficiency syndrome or AIDS.
This scientific breakthrough has been unveiled at the conference held lately in Atlanta to look into “Retroviruses and Opportunistic Infections”. The infant is said to have been treated with aggressive antiretroviral drugs shortly after birth, a method that is not typically used as the mother had not received any anti-aids drugs during pregnancy. Traditionally, babies with HIV are treated with a single antiretroviral drug.
But a month after starting the aggressive therapy, lab tests showed that the level of HIV in the baby’s blood had declined so low, becoming virtually undetectable. And, two-years after missing several clinical visits, the doctors were stunned to discover that the child, whose name & sex were kept secret, needs no medication when the tests returned negative. This therapy, which raised hope for other HIV-infected babies, could be applied globally if confirmed by other similar cases.
According to some experts, the Mississippi child would be the second well-documented case of a cure in the world. The first patient cured from HIV was Timothy Brown a middle-aged Berlin man with leukemia who received a bone-marrow transplant from a donor genetically resistant to the deadly virus.
However, some scientists remain skeptical saying they need hard evidence that the baby was really infected with HIV otherwise this would be just a case of prevention, something already done for babies born to infected mothers.
HIV is a virus that weakens the immune system and if left without treatment will develop into AIDS. There are currently 34.2 million people living with HIV worldwide, and every day, some 7,000 people are newly infected. That’s 5 new people infected with HIV every minute of every day, according to data of some NGOS.
HIV can be detected through a number of tests with blood or an oral fluid sample. If a person is tested positive for HIV – antiretroviral treatment is recommended to slow down the replication of the virus in the body. An HIV positive person who adheres to his/her regimen with the correct nutrition should stay healthy for many years. Antiretroviral treatment is for life. But even when a patient’s viral load is undetectable, the virus can still be transmitted. Unfortunately, an AIDS vaccine has not been so far developed. Thus, prevention remains better than an expensive and unpleasant cure.
CATEGORIES BlogsFeatures
Share This

North Africa Post's news desk is composed of journalists and editors, who are constantly working to provide new and accurate stories to NAP readers.
NEWER POSTMorocco: New Move to Rehabilitate Historic Monuments in Fes
OLDER POSTGlobal and Regional Economic Integration and Economic Growth: Lessons from Asia for the MENA Region?