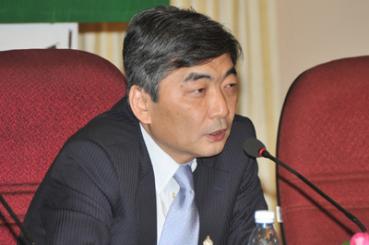 Global and Regional Economic Integration and Economic Growth: Lessons from Asia for the MENA Region?

The IMF Deputy Managing Director, Naoyuki Shinohara, pointed out last year that “the most striking trend in Asia’s rise as the world’s leading source of exports has been the growth in intraregional trade. While global trade and Asia’s trade with economies outside the region have doubled since 2000, intra-Asian trade has tripled, and regional trade involving emerging Asia, in particular, has increased even faster.” In fact, observers and international institutions alike never forget to mention how much the global and regional economic integration has contributed to the economic growth in East Asia, and how bad it is for the countries in the Middle East and North Africa (MENA region) that they have failed to get their act together and hence have largely missed out on the ‘opportunities’ provided by regional integration. Regional economic integration is the real thing missing in the MENA economies.
It does not then come as a surprise when a recent report prepared and published by the World Bank argued that “the cost of MENA’s relatively limited regional and global integration is large. According to many studies, limited regional integration means 1-2% lower GDP growth. For a region that has a stock of 20 million unemployed men and women and a labour force that grows by 3.4% annually, the forgone opportunity for job creation is large. Regional and global integration would go a long way in increasing productivity and economic growth through economies of scale and enhanced country specialization and thereby create jobs of the MENA youth.”
The economies of Middle East and North Africa (MENA) are today more open to the global economic system than in the early 1990s as the region has significantly increased its participation in global trade. Nevertheless, the MENA region is less globally and regionally integrated in terms of trade, investment and capital flows – with the exception of oil-rich countries – than any other region in the world and well below the level achieved by other regional communities in Africa. In 2011, the African Development Bank has come up with some math: the economic cost of this lack of integration is calculated at around 2 to 3 percent of GDP!
Regional economic integration in North Africa is a realistic objective. If successfully achieved, then Tunisia, Morocco, Algeria, Egypt, Libya and Mauritania, for example, could increase opportunities to achieve economies of scale, diversify economic production, improve intra-regional and external trade, and improve policies to strengthen competitiveness.  The diversity of endowments within North Africa represents a further strong and compelling incentive to integration. Tunisia, Morocco and Egypt have strong private sectors and diversified production bases, including booming services sectors, but have limited financial resources. Libya and Algeria have a surplus of capital and large markets for goods and services, as well as potential employment opportunities for migrants.
The opportunities for mutual benefits through cross-border investment and trade between these two groups of countries are evident. This is also apparent when one looks at the striking disparities in the level of economic growth in the wider region. With higher oil prices and increased production, the region’s oil-exporting countries – Algeria, Bahrain, Iran, Iraq, Kuwait, Libya, Oman, Qatar, Saudi Arabia, the United Arab Emirates, and Yemen – were expected to expand by 6.6 percent in 2012 before moderating in 2013. But, faced with a difficult external environment, economic growth in the MENA region’s net-oil importer countries – Afghanistan, Djibouti, Egypt, Jordan, Lebanon, Mauritania, Morocco, Pakistan, Sudan, and Tunisia – will be just above 2 percent in 2012.
Regional economic integration between the MENA countries should be seen as a strategic priority if only because it will significantly contribute to the region’s integration into the global economy while also increasing its competitiveness. To that end, a World Bank report suggested in 2009 that the emergence of China and India as major international trading powers is an important global development that has major implications for the MENA region. More specifically, this report asserted that “these large and rapidly growing countries now represent important markets for MENA exporters of fuels and commodities as well as for producers of specialty food products”. These new markets in Asia thus also represent a unique opportunity to reverse the lop-sided trade liberalization between the MENA countries and the EU, with the latter gaining lavishly vis-à-vis the farmers across the Maghreb region.
It is clear that regional economic integration in Asia is at the roots of its success story. As Peter Drysdale, the Editor of the East Asia Forum, explains: “The facts of geography shape much that is important in a country’s external economic and political relations, and a destiny from which it often seems there is no escape. (…) The growth of the Asian economy and trade has global reach and impact, but the intensity of its regional impact and importance – in trade in manufactured goods, components and parts as well as in raw materials from the neighbourhood – are the product of the power of proximity.” Two questions now, quite naturally, come to mind: Are the MENA countries ready to learn from the Asian experience, to tap into their own ‘power of proximity’? Are the MENA countries ready for growth?
CATEGORIES ColumnsOpinions
Share This

North Africa Post's news desk is composed of journalists and editors, who are constantly working to provide new and accurate stories to NAP readers.
NEWER POSTToddler with HIV Cured, Hope in Fight against AIDS Rises
OLDER POSTCould Human Rights Promotion Have Spared the Arab World all that Turmoil?